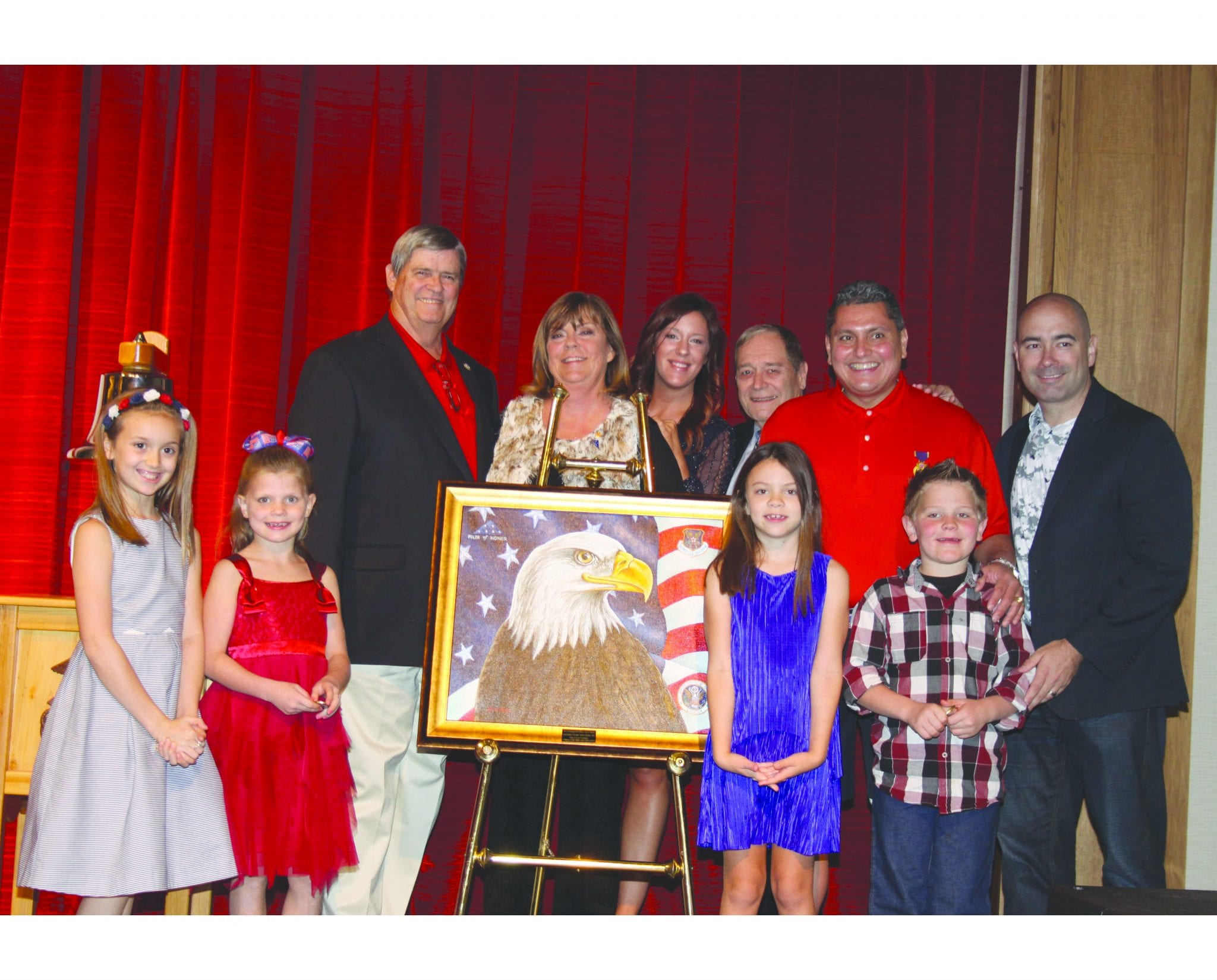 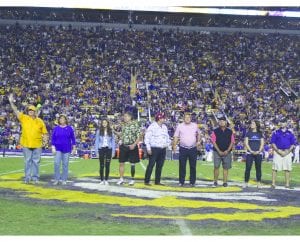 Lt. Col. and District 9 State Rep. Henry Burns of Haughton was awarded the Austin Daniel Military Service Award at the Folds of Honor Annual Awards Gala held last Sunday evening at L’Auberge Casino and Hotel in Baton Rouge. This is an annual award given by the Folds of Honor Foundation. The Folds of Honor Foundation awards college scholarships to both the spouses and children of our Louisiana Military (Fallen Heroes). The Folds of Honor Foundation is committed to making sure that no family is left behind when it comes to education. Thus, no spouse or child should be left behind in their pursuit of a college education due to the loss of a parent who gave their life in service to our country. Rep. Burns was presented this award as a result of his vet- eran friendly legislation (including military dependents (spouses and children). The award was presented by Anna Lee Daniel, young daughter of fallen hero Austin Lee Daniel for whom the award is named. As a part of his award, Rep. Burns received an original oil painting of a bald eagle by Louisiana artist Tony Bernard, commissioned especially for this award. The full story of Rep. Burns’ award can be found in the Sept. 23, 2015 edition of the Bossier Press-Tribune (and also at www.bossierpress.com).
Photos by: Randy Brown/Press-Tribune

Photo #1 – State Rep. Henry Burns receiving his original oil painting of a bald eagle, painted by Tony Bernard, who was specially commissioned for this artwork project.
Photo #2 – State. Rep. Henry Burns was recognized at mid- field during halftime of last Saturday night’s LSU vs. Florida football game. Rep. Burns was present- ed the Austin Daniel Military Service Award by the Folds of Honor Foundation for his veteran friendly legislation. Some of the legislation also includes military dependents (spouses and children).