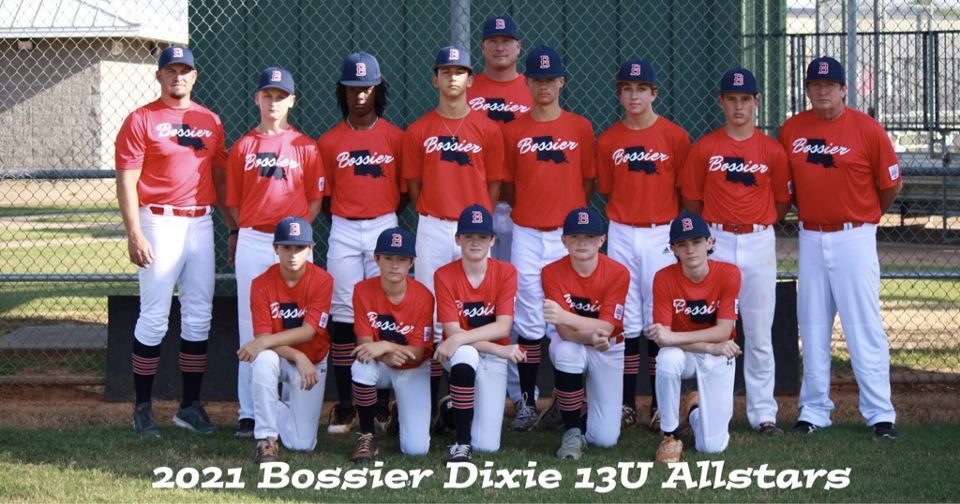 The Bossier City All-Stars are still alive in the Dixie Junior Boys (13s) World Series after two days of competition at the Sterlington Sports Complex.

Bossier City had 14 hits against Marshall. Zeigler went 3-for-3 with a double and five RBI.

Pickett also had three hits, including a double, and two RBI. Smith had two hits and three RBI.

Rolland, Schneider and Hawn limited Marshall to five hits and combined for seven strikeouts. Starter Rolland had four of those.

Smith started on the mound and allowed just two hits in 4 1/3 innings. He struck out four. Hawn got the final two outs.

(Statistics were taken from the Bossier City GameChanger account.)

Tony Odenbaugh, Nick Jordan and Jonathan Blackmon were the coaches.

The Bossier City American All-Stars advanced to Sunday’s single-elimination bracket tournament in the Dixie 6U T-Ball Regional World Series, which is also being held in Texarkana.

The youngsters completed a fun-filled summer by splitting a pair of games.