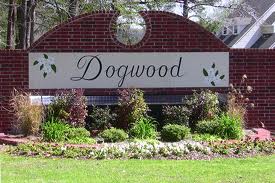 The year was 2005. John W. Burton, resident of Bossier City, roamed around town unsure where to settle his family, when a sign on Interstate-220 caught his eye — Parade of Homes in Dogwood South subdivision.

“I couldn’t believe how beautiful it was,” Burton said.

There he found a home, which he and his family currently reside in.

“I chose Dogwood over subdivisions in the area because of how unique it was.” Burton said. “The neighborhood already had trees and terrains inside of a gated community.”

Dogwood South is an addition to the original area named Dogwood. The name Dogwood was chosen by the mother of Bruce Logan, who currently owns all of the Dogwood property with his son, Mark Logan.

Bruce Logan is proud to mention that Dogwood has been “the highlight of his career” and although it may be older, the homes have held their value in the range of $150,000 and continue to be popular.

In addition, starting July 8, construction will begin on the third continuation of Dogwood South. Thirty-four lots will be added as well as a new swimming pool.

“Bellevue Road was nothing but a gravel road at one time,” Mark Logan said. “It really shows how much the area has grown in the past decades.”

Burton is currently a board member for the Dogwood Home Owners Association, which is the largest single homeowners association in the parish and is connected with its residents. For example, this past weekend, the area had its very first tennis festival and will be having a fishing tournament in the fall.

“Another great drawing card of the area is the great school districts we are surrounded by as well as the cross mix of locals, young and old, living in the neighborhood,” Burton said.

Glenn Benton, District 2 police juror has watched the subdivision in his jurisdiction grow over his years of service.

“I had to give up some of my district because it was growing so much. It’s a really good community and we’re excited about it,” he said.

Benton covers the south side of the district, which mainly focuses Dogwood South and where the new construction will be taking place.

On the north side, Doug Rimmer, District 8 police juror, is accountable for the older parts of Dogwood, the Stockwell area, and other parts surrounding these areas.

“We are concentrating on the new developments in the area but also giving attention to older established utilities and residents.” Rimmer said. “We hope to see improvements in sewage treatment, more sidewalks in development, keeping the area maintained as well as other points of interest.”

The subdivision has grown to the point of containing built-in entertainment such as tennis courts, swimming pool, clubhouse, park, three-mile bike trail, acres of horse stalls and pastures, gated areas, and even a fishing dock for Dogwood Lake.

The Logans plan to donate around 40 acres of the area to Bossier Parish for a sporting complex in the future.

“You can really tell that the Logans love this area,” Burton said. “They give so much of themselves as far as time and money go and are willing to help with the homeowners association.”

The 50 year old Dogwood Trail bridge, which connects the west entrance of the Dogwood subdivision into Stockwell Road, is being refurnished with sidewalks as well.

The trail is expected to be ready just in time for local schools to start in the fall, Bruce Logan said.

“The subdivision will continue to grow in the next ten years.” Mark Logan said. “We have visions for other things after this but it all depends on what the economy brings and how it continues to grow.”

Mark Logan’s son, Jackson Logan, is only four-years-old and said that he will build houses with his father one day.

“Who knows? There may even be a fourth generation one day.” Mark Logan said.