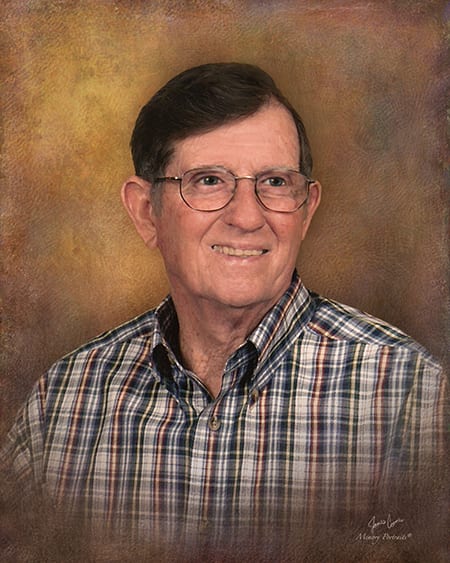 Haughton, LA – Donald Wayne Christ, best known as Papaw and Lightening, left this world and began eternal life in Heaven with his Savior, Jesus Christ on August 7th at the age of 91. Donald was born in Shreveport, LA on October 18, 1927.

After graduating from Byrd High at the age of 16, he joined the Navy to serve his country in World War II. He served on the USS Okaloosa in the Pacific Operation as a Coxswain Seaman First Class operating a Higgins landing craft delivering troops and supplies to shore.

In 2012, he was honored by Okaloosa County, Florida at the: Dedication-Of-The-Bell ceremony, from the USS Okaloosa and he was the guest speaker at the event.

In 1947, Donald married the love of his life and his best friend, Lillian Ann Duschel. Together in 1949, they built their forever home in Haughton, LA and raised their two daughters there. He was co-owner of Federal Insulation, where he worked until retirement.

Donald was a proud member of First Baptist Haughton and an active member of his Sunday school class, which he loved dearly. He was also a member of the Krewe of Gemini. Donald was an outdoorsman and spent many years hunting and fishing with his wife, “Catfish”. He loved to keep a garden, play dominoes, & cards.

Visitation will be held at First Baptist Haughton at 10:00 AM with services starting at 11:30 AM on Monday, August 12, 2019. The service will be officiated by Dr. Gevan Spinney.

Thank you to all the wonderful people from WK Hospice, the VA, and to family and friends, including; Linda Williams, Chaplain Dana Casey, Angela Blake (ALWAYS here for us), Debra Gooden, Carolyn Mills, Melinda McGowen, and his special friend and caregiver, Faye Temple.“May the Lord reward you for your kindness” Ruth 1:8.

In lieu of flowers, donations can be made in his memory to St. Jude’s Children’s Home or First Baptist Haughton.