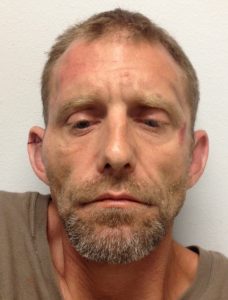 Bossier City police arrested a suspected drunk driver after he lead officers on a vehicle pursuit that ended with the suspect ramming a police car and then crashing into a house, while taking out a gas meter in the process.

As Abraham approached Vanceville Road, he intentionally rear ended an officer in a patrol car who had driven past Abraham in an effort to block the upcoming intersection to keep motorists out of Abraham’s way due to his risk to the public. The collision caused the officer to spin out at which time Abraham rammed the officer’s car again. That caused Abraham to lose control of his pickup, run off Benton Road and strike a gas meter causing a major leak. Abraham’s tried to speed off again but spun out and ran into a brick house on the corner of Vanceville Road and Benton Road.

Officers immediately took Abraham into custody and booked him into the Bossier City Jail. The officer whose patrol car was rammed by Abraham was not seriously injured and did not require emergency medical care.

Bossier Parish fire personnel responded to the scene and remained there until crews with Centerpoint Energy stopped the gas leak.