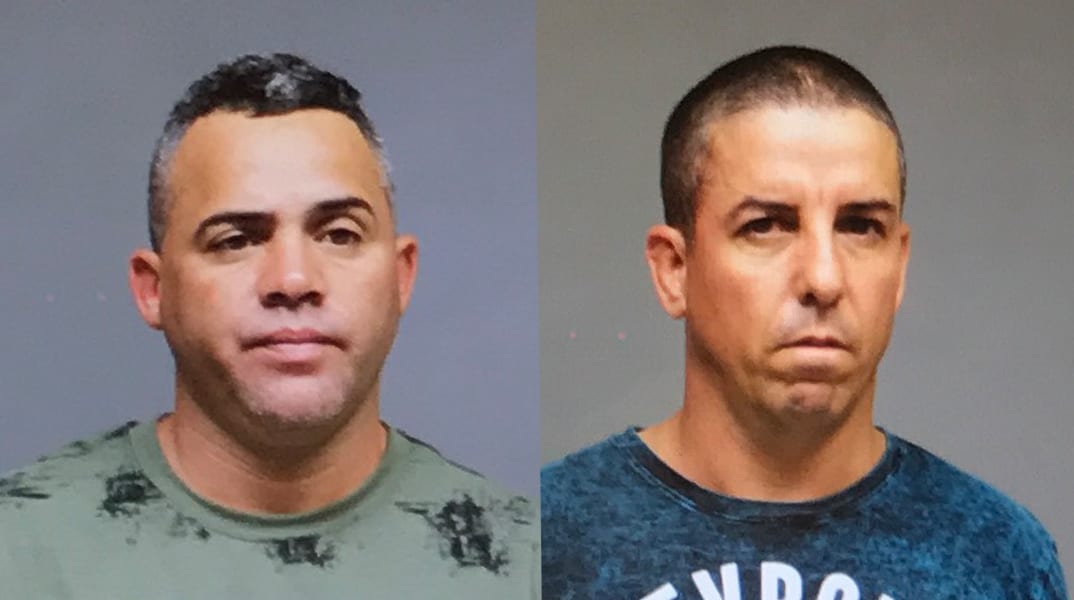 Detectives with the Bossier Sheriff-Police Financial Crimes Task Force have arrested two men who are believed to have obtained bank card information through use of a skimmer and then used that info to make cloned bank cards to make purchases at retail stores.

Detectives arrested 42-year old Adalberto Ramos (left) and 38-year old Emicel Garcia Artigas (right), both of Austin, Texas on several counts of monetary instrument abuse Friday after they were seen at the Walmart in the 2500 block of Airline Drive using multiple bank cards at a self-checkout register to purchase gift cards.

Store personnel notified police due to them being previously being informed by task force detectives that such activity usually signals cloned credit card use. Detectives responded to the store and made contact with the suspects in the parking lot. Both were taken into custody and were found to be in possession of multiple cloned bank cards along with numerous gift cards they had purchased with them.

Ramos and Artigas were booked into the Bossier City Jail and later transferred to the Bossier Parish Maximum Security Facility.  The investigation remains ongoing with the assistance of the United States Secret Service. Additional charges are expected to be filed against the two suspects including potential federal charges.

To help prevent you from falling victim to skimmers detectives offer these tips: