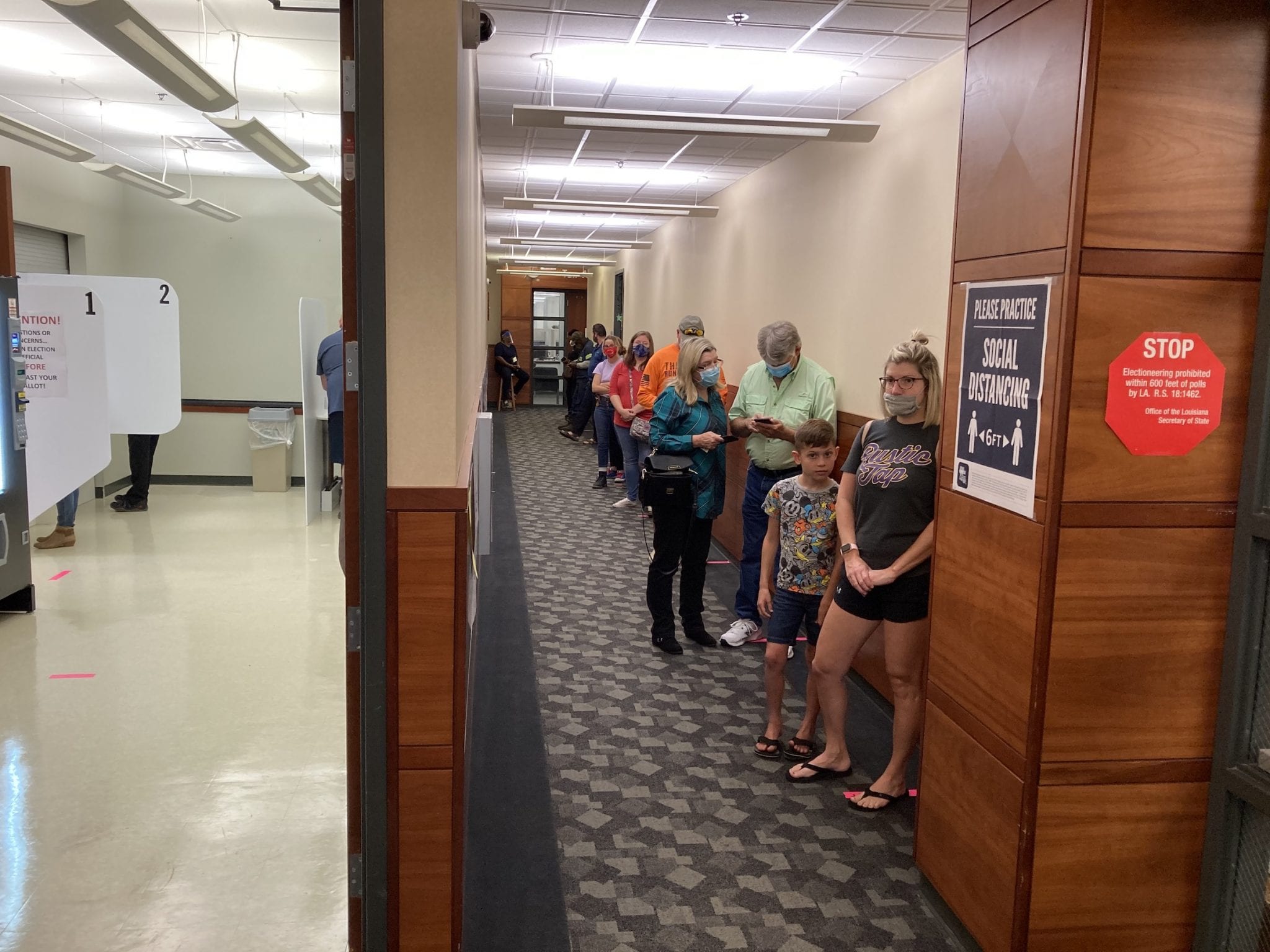 More than 4,700 Bossier Parish voters have cast early ballots during the first two days of voting for the Nov. 3 general election, according to figures from parish Registrar of Voters Stephanie Agee.

“We’ve had long lines at both locations but there hasn’t been a very long wait,” Agee said. “Things have gone pretty smoothly.”

Additional early voting commissioners have been added to help accommodate the expected heavy turnout, she added.
Early voting will continue through Tuesday, Oct. 27. Voting hours are from 8 a.m. until 7 p.m. each day except Sundays.