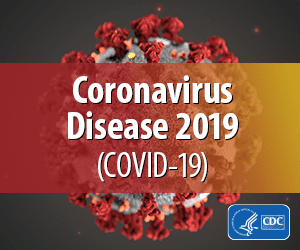 Speaking at a press conference on Monday in Monroe, Edwards said residents didn’t take mitigation measures as seriously as they should have this past weekend.

“I’ve received reports that people over Easter weekend did not take the stay at home order seriously and mitigation measures were not practiced as they should have been,” Edwards said.

He said the numbers continue to indicate a positive trajectory, but that will be reversed if people don’t continue the mitigation measures, Edwards said.

“The reason we are trending in the right direction is because of the social distancing, the hygiene practices, the stay at home order. All it takes to have a spike and go back in the other direction is for people to stop practicing the mitigation measures,” Edwards said.

A dashboard that tracks cell phone movement and gives states grades according to compliance had Louisiana at a C minus, but after this past weekend the grade is now a D, he said.

“Just because the grocery store is open doesn’t mean you need to go, and if you do go, you don’t need to bring every member of your family. Go alone,” he said.

Edwards said he has spoken with the federal taskforce about testing, because “nobody wants to be in the dark.”

This week there should be news about antibody testing, he said, because that will show which people have the antibodies in their system.

“A lot of people never had symptoms and thus don’t know they had it,” he said. “If you have the antibodies of the virus, it will be easier to go back to work.”

Edwards has said officials need more diagnostic tests, along with serological tests that could tell whether people have immunity to the virus, prior to the state relaxing mitigation efforts.

LSU Health Shreveport has opened a new lab that can process 1,500 coronavirus tests a day, with results in 24 to 48 hours, much quicker than commercial labs that often take days to get results. The lab will start accepting samples from around the state and even out-of-state samples once Louisiana’s peak has occurred.

The school also recently administered the first convalescent plasma therapy in Louisiana to a coronavirus patient. The treatment, which is being tested in other parts of the country, takes plasma from people who have recovered and injects it into patients battling COVID-19.

On Monday, the state confirmed 44 more deaths, bringing the death toll to 884 statewide. In total, the state has confirmed 21,016 cases of coronavirus, after adding 421 on Monday.