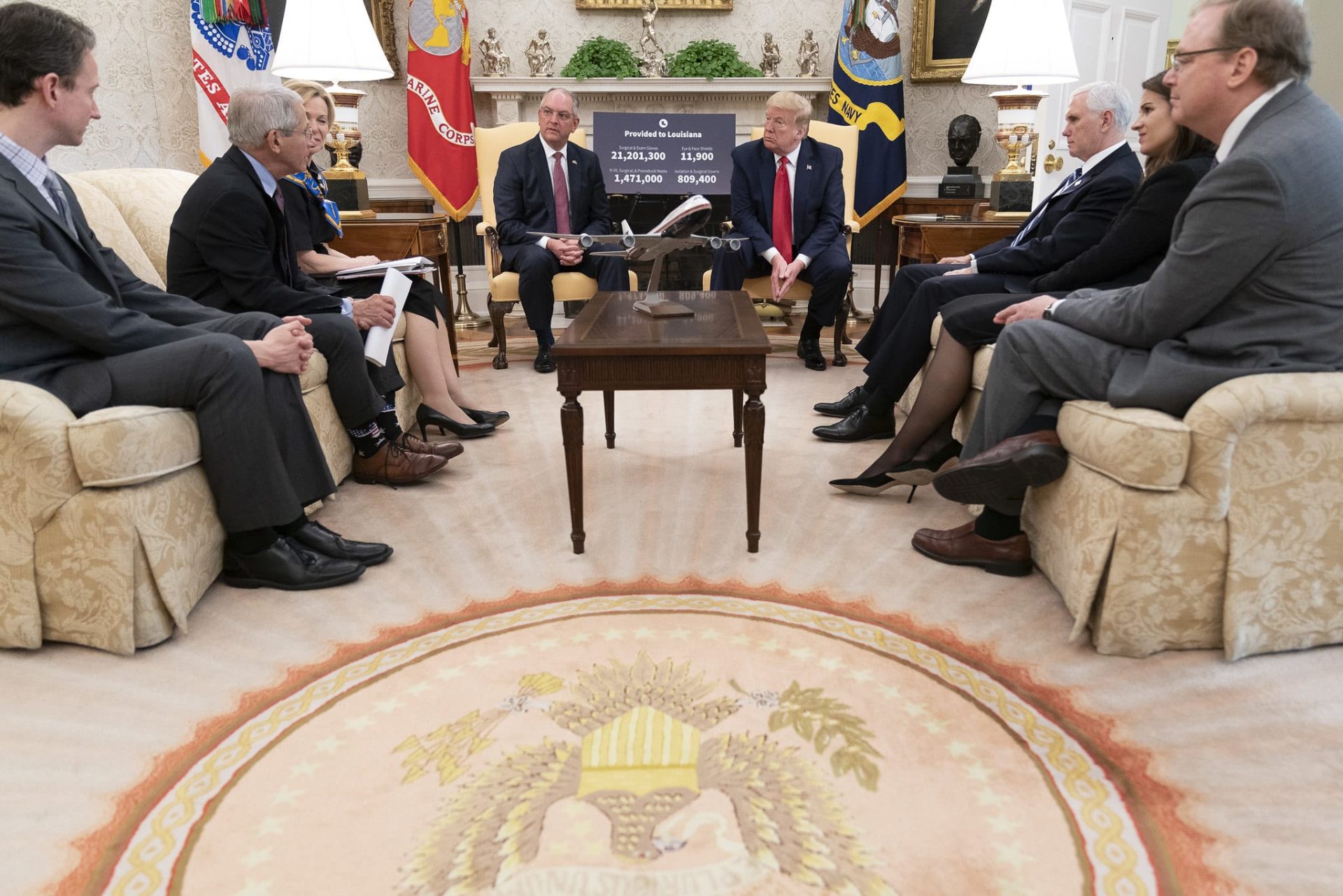 He expressed that his recent meeting with President Donald Trump and the Coronavirus Task Force went very well. The President praised Gov. Edwards’ response to the state’s coronavirus outbreak. Edwards met with Trump at the White House on Wednesday to discuss the COVID-19 disease.

“They were watching Louisiana much more closely than I thought several weeks ago when we were reporting the cases that put us on the trajectory of case growth that exceeded anything else being experienced in the country,” Edwards said. “And quite frankly, they were alarmed at what they saw and weren’t quite sure that we were going to be successful in turning that around and flattening the curve, especially in the New Orleans and Jefferson Parish areas. And the degree of knowledge they had about those regions, and the case growth, and the measures they were taking. I will tell you it demonstrated to me they were paying very, very close attention,” Edwards said.

Test kits will start arriving next week and shipments will continue weekly, according to Edwards. The President and his Task Force have made a commitment to test 4.3% of Louisiana’s population each month which will help allow the state to open up the economy.

Thursday, the Stay-at-home order extension to May 15th was officially signed. Edwards said President Trump was not opposed to the extension.

Gov. Edwards said his team will soon have guidance on moving to Phase 1.

Some Republican state lawmakers were considering trying to override Edwards’ emergency decision-making about the virus. Some GOP legislators are trying to rally support for a rare legal maneuver that would allow them to overturn possibly some or all of the governor’s disaster orders and proclamations.

“That would be just completely irresponsible and nonsensical to be the only state in the nation without an emergency declaration in place,” Gov. Edwards said. “Silly is not the right word. It would be profoundly regrettable and unfortunate, and to a degree that I don’t think sensible legislators would entertain the idea.”

Edwards said despite Louisiana’s gains in fighting the pandemic, the state is still the sixth-highest per capita in COVID-19 cases.

An emergency declaration is required before federal disaster programs can release money to states.

Terminating the declaration also could jeopardize the $1.8 billion heading to Louisiana through the federal stimulus as well as small business loans.

“It would disqualify us from Stafford Act funding from the federal government,” said Edwards.