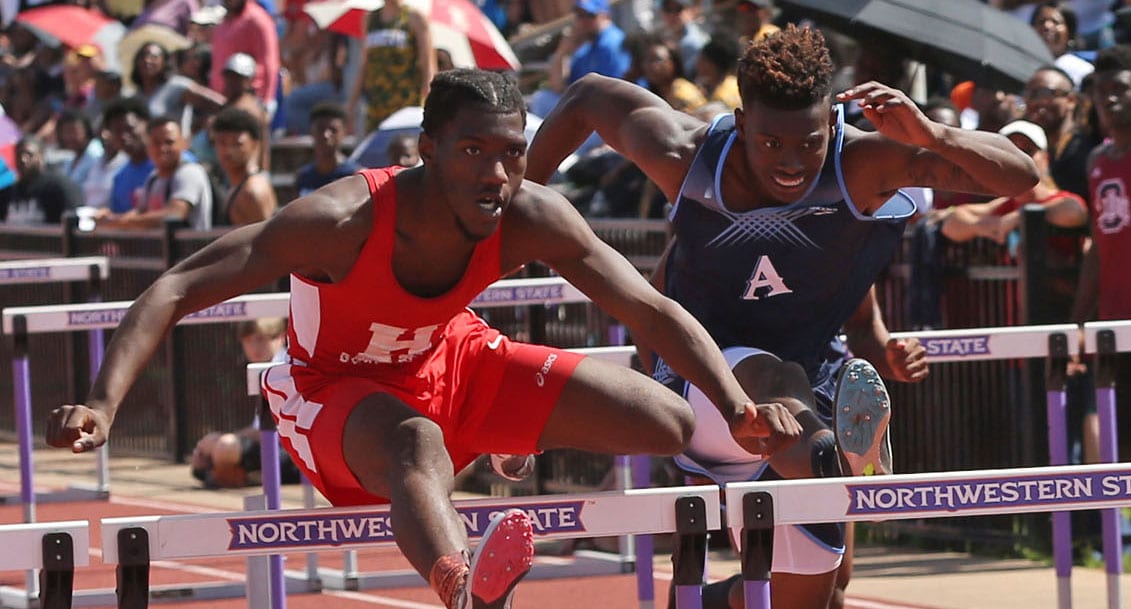 Parkway’s Sara Funderburk and Plain Dealing’s Teunna Perry made the girls team.
The All-State boys and girls teams include all seven classes. They are based on an athlete’s best time, height or distance during the season.

Lister, a junior-to-be, had the best time in the state of the six selections in the 100-meter dash at 10.51 seconds. He went undefeated in the 100 during the regular season and won the District 1-5A and Region I-5A titles. But he was disqualified at the 5A meet after a false start.

Woodfork also won the 5A high jump with a 6-6. He was not listed among the All-State selections in that event even though that was the minimum height for selection.

Funderburk, a 2016 graduate, made the All-State team in the 1,600 with a 5:05.34, the fourth-best time. She was the 5A runner-up in the event.
Perry, a junior-to-be, made the team in the triple jump with a 38-4.5. She tied with Helena Tibbs of Beau Chene for the best jump in the state. Perry won the Class 1A championship in that event along with the long jump and high jump.

Cecilia’s Raymond Calais, who had the second-best times in the 100 and 200 and ran on the school’s All-State 4X100 and 4X200 teams, was named the boys Outstanding Track Performer.
Lafayette’s Armand Duplantis, who went a state record 17-10 in the pole vault, was named boys Outstanding Field Performer.

Zachary’s Janie O’Connor, who had the best times in the 100, 200 and 400, was named the girls Outstanding Track Performer.

Baton Rouge’s Loren James, who set a composite state meet record in the shot put with a 45-7, was named the girls Outstanding Field Performer.