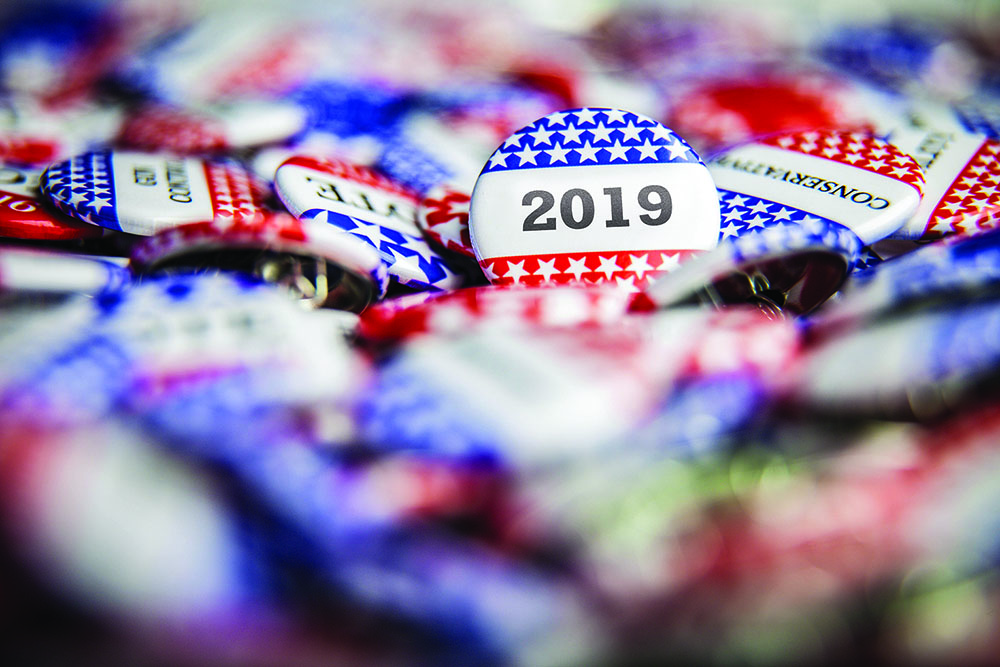 We say ‘Goodbye and thank you’ to Ryan Gatti, and ‘Hello’ to Robert Mills, plus four new police jurors

Well, election season is over in the state of Louisiana. We have a new state senator, four new parish police jurors, and the same governor.

It was a rather ugly campaign season with mudslinging in several races. However, no matter who you voted for, the time is now to work together for the betterment of our state.

I want to take this opportunity to thank Ryan Gatti for all he has done for our area. He was instrumental in making sure the state used funds to build a new entrance to Barksdale Air Force Base off the I-20/220 interchange, which is tremendous for our area. He also played a role in the state committing funding for a new building in the National Cyber Research Park in Bossier City. Those are just two very recent efforts, not to mention all the bills he did such as Katie Bug’s Law, legislation helping foster parents, and more.

Thank you, Ryan, for your service to this district and your home of Bossier.

On the flip side, we have the opportunity to work with a new senator in Robert Mills. He has dropped by my office several times since he announced his candidacy to stress the need for change in the way things are done in Baton Rouge. He is a businessman and I look forward to seeing him apply those principles to his role at the state level.

We also welcome new members of the Bossier Parish Police Jury in Philip Rodgers, John Ed Jorden, Chris Marsiglia, and Charles Gray. The police jury is important to us and our parish, and we have long put emphasis on informing the public about the work you all do. We are excited to see what you all can contribute to the continued success of Bossier Parish.

I say all this because I have been hearing for days leading up to Nov. 16 how the public can’t wait for election season to end so that all of the political mudslinging and negativity can disappear from their daily routines.

As has been the usual case for the last several years, several campaigns across the state exposed us all to a tremendous amount of negative campaigning. As I mentioned in one of my editorial columns a few weeks ago, I cannot stand these types of tactics. Again, I think there is way too much of this type of campaigning taking place not only within our state of Louisiana, but all across America.

These tactics are keeping many qualified individuals from deciding to be a part of the political process that has long made this nation what it is. Truthfully, I don’t think anyone can blame people for not wanting to have every possible skeleton that either may, or may not, be in their respective closets dug up and exposed to the masses. The public has a right to know but things have gone way too far. We are almost to the point of nothing but negative campaigning.

In the onslaught of politically-based ads that we have been inundated with these last few months, very few candidates talk about or mention the political issues surrounding the position they are seeking, what they can bring to the office, or the positive attributes of their own character. Instead, most candidates these days seem to focus on nothing but all out character assassinations on the candidates they are running against.

Our state is facing a critical time. Louisiana is at a crossroads and faces some monumental problems that have to be solved in order to move our state forward. As a very close and politically experienced friend of mine so often says, “It ain’t gonna be fun…and it ain’t for the weak of heart!”

An embattled governor will face off against a Republican majority with new and returning legislators in the meat grinder that is the legislative session. Which will follow closely after they are all sworn into office in January 2020.

Please, let’s all put our political differences and personal feelings aside and work together to move our state forward. Again, whether your candidate won their respective election or not, it is time to come together and move forward.

I hope that your candidate won, but if not, do not give up on the process for this election cycle.