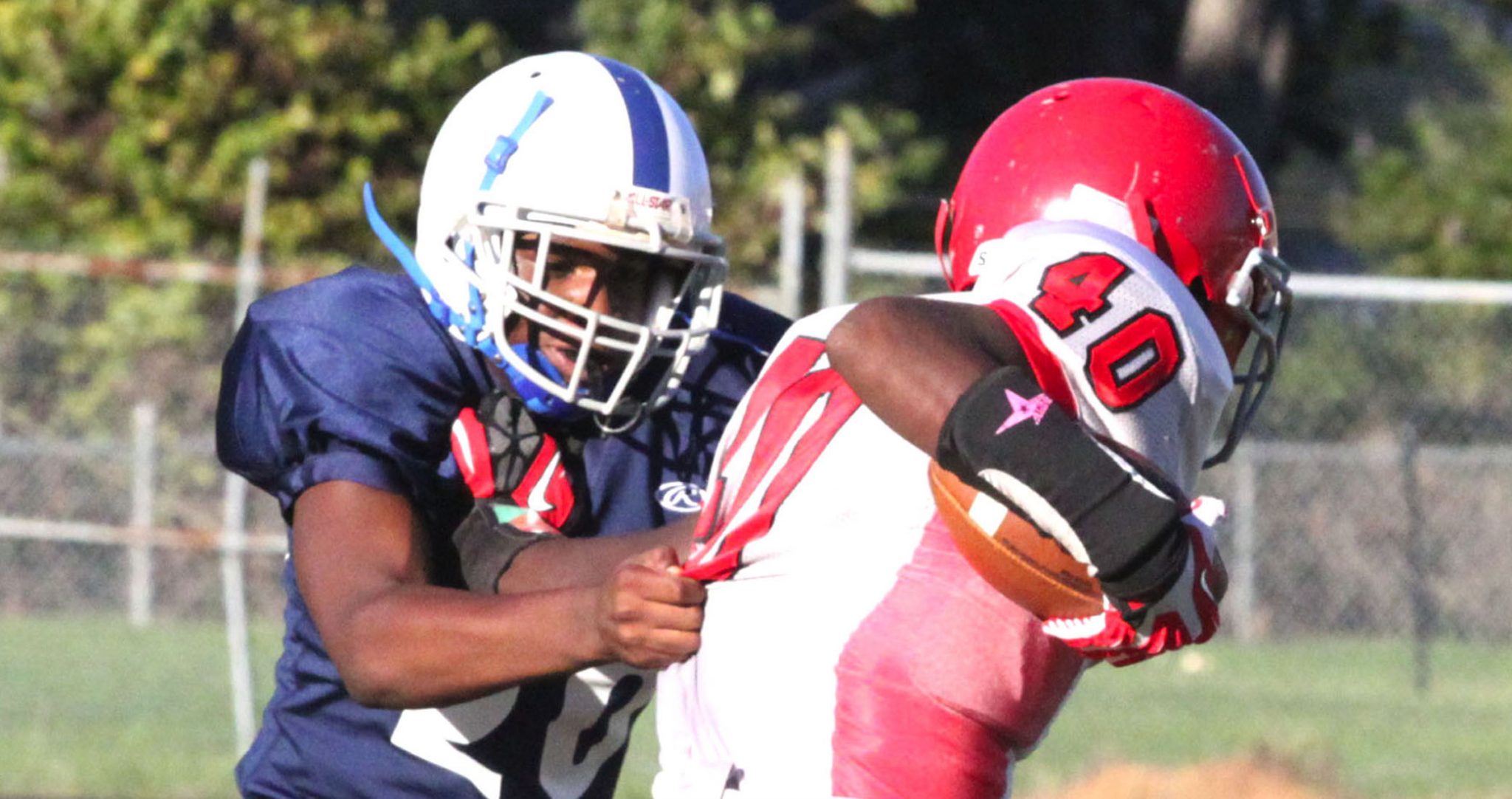 The Elm Grove Eagles clinched a share of the Bossier Parish middle school seventh-grade district championship with an 20-0 victory over the Greenacres Mustangs on Tuesday at Preston Crownover Stadium.

The Eagles, who improved to 8-0 overall and 4-0 in district, can win the outright title with a victory over Haughton at home next Tuesday. Haughton defeated Cope 14-12 in overtime.

Greenacres dropped into a second-place tie with Rusheon at 3-1. Rusheon knocked off Benton 36-18 at Bossier’s Memorial Stadium. Rusheon and Greenacres meet Tuesday at Airline Stadium.

Elm Grove 20, Greenacres 0: Amani Larry ran for one touchdown and passed for another to lead the Eagles.

A long run by Larry set up Elm Grove with a first-and-goal early in the second quarter.

On fourth down from the 3, Larry hit Alijah Barnette in the front of the end zone for the TD. Greenacres stopped the try for two.

After Elm Grove recovered a fumble, Larry ran 10 yards around right end for a touchdown with 38 seconds left in the half. His conversion run made it 14-0.

Decker scored on runs of 30 and 25 yards. He also returned a punt 50 yards for a touchdown.

Joseph Wiggins and Brenden Moseley had interceptions. Shucurio Thomas had a fumble recovery.

Osby also caught a 60-yard touchdown pass from Fream just before the half. Fream scored the Tigers’ final TD.

After Haughton missed the PAT, the Cougars went on offense with a chance to tie or win.

Haughton’s Harrison Voight made two stops for losses and Cope faced a fourth-and-goal from the 13.

Matt Hunter found Jaylon Thomas over the middle, but Thomas was stopped just short of the goalline, giving Haughton the victory.

The game was tied at 8 after three quarters.

Cope recovered a fumbled snap at the Haughton 2 early in the fourth, but a penalty moved the ball back to the 7.

On fourth down from the 4, Hunter rolled out and hit Travacier Jeter for the touchdown. Cameron Davis’ two-point conversion gave the Cougars a 16-8 lead.

Haughton answered with a 50-yard touchdown drive. Hayes broke loose for a gain to the 30, and Jalob Walker scored on the next play. Walker’s conversion tied it at 16 with 4:22 left to play.

Thomas led Cope with 107 yards on seven carries, including a 9-yard touchdown run. Davis had 45 yards on 10 carries and two conversions.

The Cougars hurt themselves with 95 penalty yards.

Jeter had an interception late in regulation.

Lammarea Scott had an interception.

Greenacres coach Justin James said he was proud of the Mustangs’ effort.

“They fought to the end,” he said.

Benton 27, Rusheon 8: Coach Jared Stowell said Doyle Adams had a big game for the Tigers, including a touchdown catch in the corner of the end zone late in the first half.

Elm Grove 22, Benton 0: Kendall Brown scored an offensive and defense touchdown to help the Eagles win a game that was postponed last week because of severe weather.

Brown caught a 5-yard TD pass from Knije Harrison and returned an interception 50 yards for a touchdown.