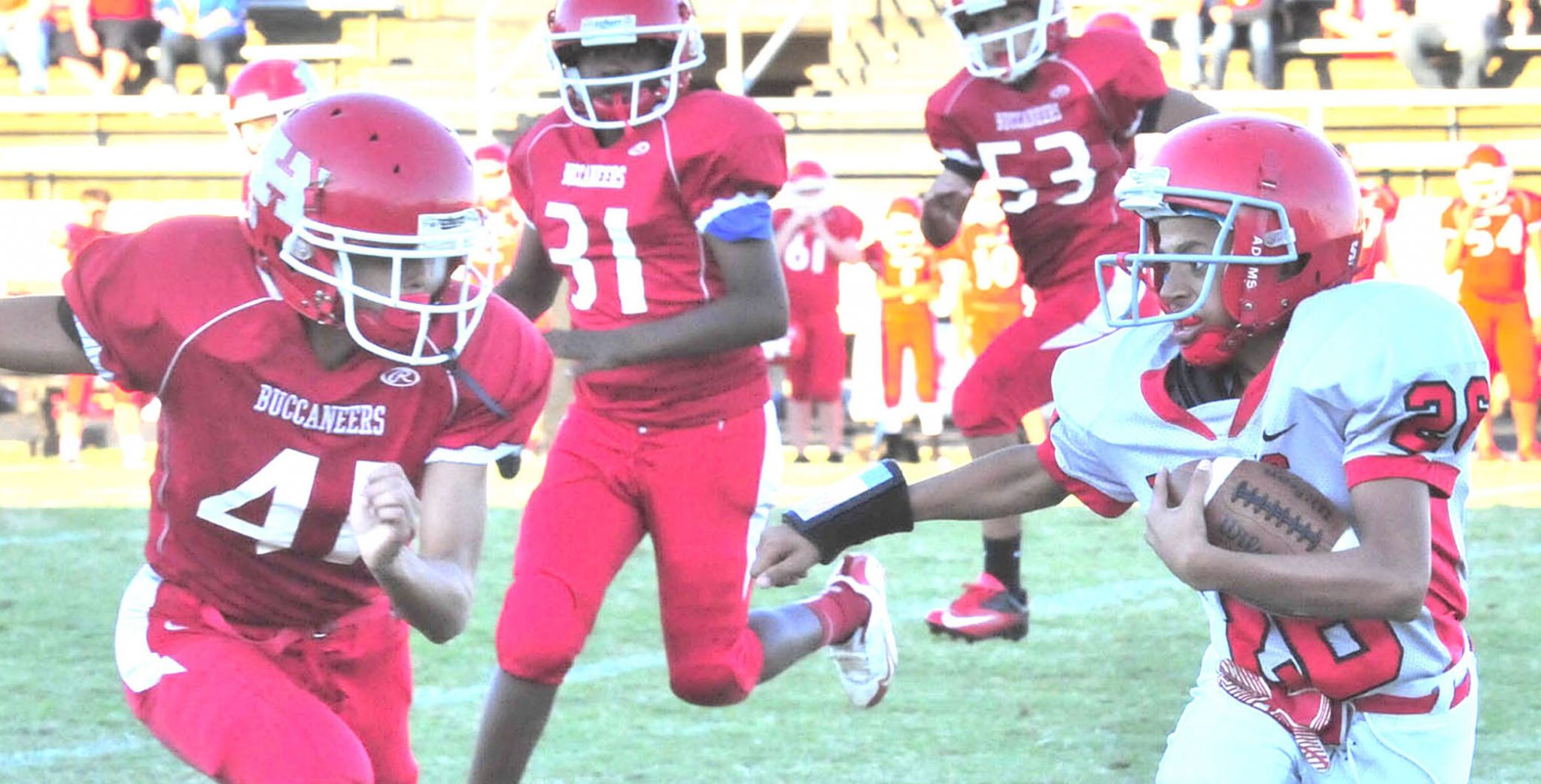 Greenacres took second with a 32-6 victory over Rusheon at Airline Stadium. The Mustangs finished 4-1 in district play, and the Rams 3-2.

The Haughton eighth-grade team finished 5-0 in district play and 8-0 overall. The Bucs got past Elm Grove 22-15 Tuesday. Then they defeated Greenacres 43-22 Wednesday in the completion of a game delayed by severe weather Oct. 1.

Anthony Pappson and Kobe Gill had conversion runs. Larry threw to Caleb Reese for the other conversion.

Cope 32, Benton 14: The Cougars rallied from an early 14-point deficit for the victory.

Bryson Dudensing scored a touchdown and a conversion. Ian Stanfield had an interception.

Knije Harrison threw two touchdown passes for Elm Grove (7-2 overall). One was a 10-yarder to Kendall Brown and the other a 44-yarder to Quinton Smith.

Haughton 43, Greenacres 22: Hayes scored two touchdowns, and Walker threw for one and ran for one as the Bucs pulled away in the second half.

Walker’s touchdown pass went to Travis Johnson for 60 yards on the final play of the first half to put the Bucs up 20-14.

Hayes scored on a 40-yard run and Gipson got the conversion.

Townsend scored from a yard out and Gipson scored the conversion again.

Coby McGee returned a kickoff for a touchdown.

David Maxey scored a touchdown on the ground and also kicked two extra points, the first time in over 15 years an extra point was kicked and made by a Greenacres’ player, coach Trey Winn said.

Cope 36, Benton 6: Cameron Davis scored two touchdowns to lead the Cougars. Davis went 10 yards for a score in the first half and 5 in the second.

Zylon Newsom forced a fumble with Xavior Veneous recovering. Nathaniel Fullilove was a standout on special teams and defense.

Arceaneux was outstanding again on the defensive line.