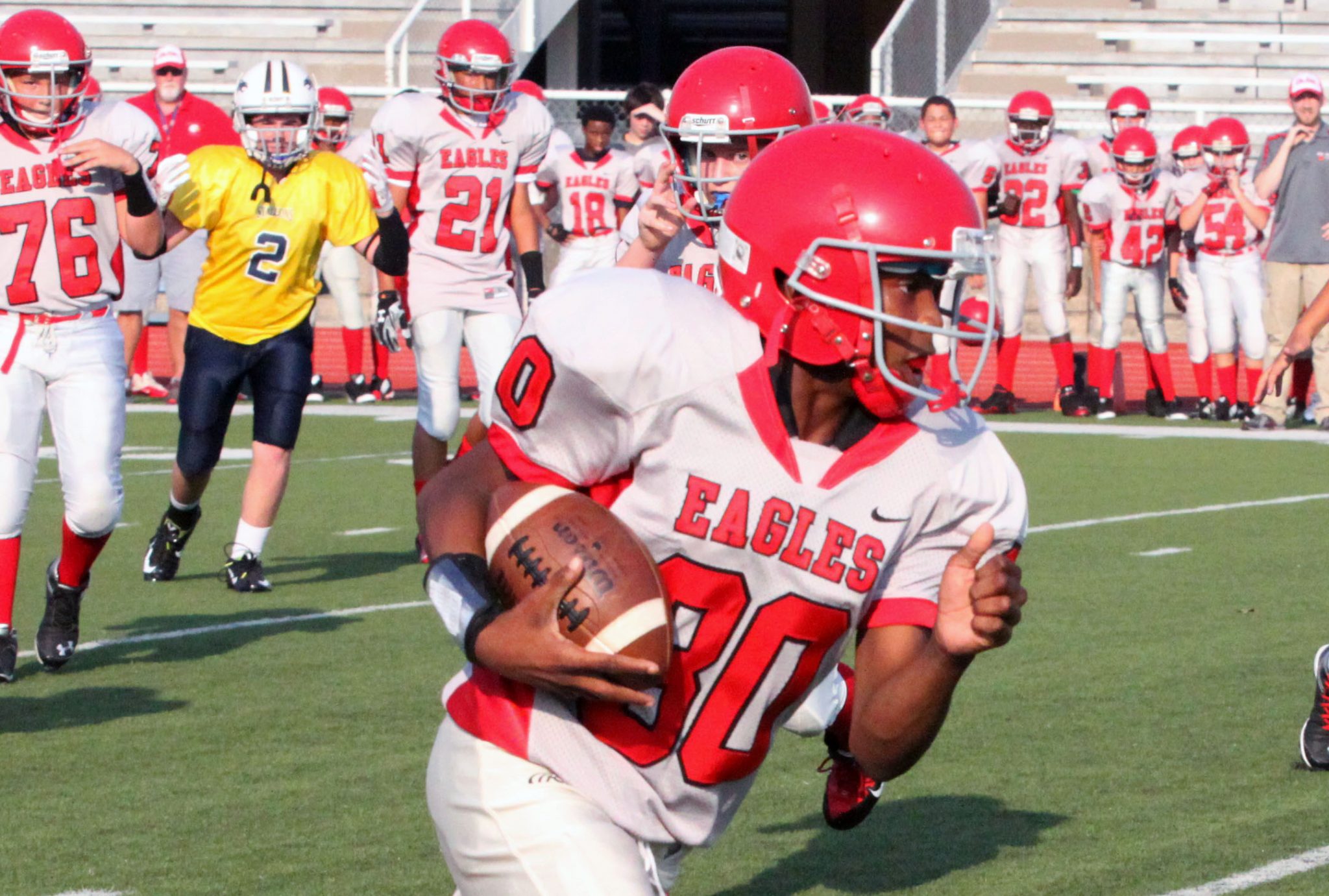 The Eagles’ final TD came in the third quarter. Larry fired a pass that was tipped by an Elm Grove player and caught by Anthony Papason from 25 yards out.

The Eagles had two goal-line stands in the second half, stopping the Stallions at the 2 and 4. They also stopped another drive at about the 15 in the fourth quarter.

The seventh-grade Eagles suffered a tough loss, their first loss of the season. after leading 6-0 at the half.