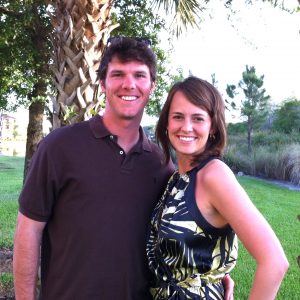 Mr. and Mrs. Keith P. McMaster of Shreveport are pleased to announce the engagement of their daughter, Ashley Rose, to David Blake Martin, son of Rev. and Mrs. David Martin of Boaz, Alabama.

The couple will marry on November 23, 2013 at Mount Vernon Baptist Church in Boaz, Alabama where the groom’s father will be performing the ceremony.

The bride-elect is the granddaughter of Mrs. R.W. Adams, Jr. and the late Lt. Col. Reginald W. Adams of Bossier City, and the late James and Ruth McMaster of Shreveport. The future groom is the grandson of Mrs. Faye Campbell and John and Fayetta Martin, and the late Joe McCray and Louie Campbell, all of Boaz.

Ashley is a 2009 graduate of LSU in Baton Rouge, where she met Blake soon after he was recruited to pitch for the LSU Tigers baseball team. She has a degree in Mass Communications and lives and works in Dallas, Texas at Exponent Technologies as Manager of Partner Relations and Business Development.

Blake is a graduate of Boaz High School and attended Birmingham Southern in Birmingham, Alabama for two years. He then transferred to LSU Baton Rouge after being recruited by Skip Bertman (then Athletic Director).

Following two years and one trip to the College World Series, Blake was drafted by the Minnesota Twins Organization, where he currently is a left-handed pitcher for the Rochester Red Wings (the Minnesota Twins Triple “A” affiliate).