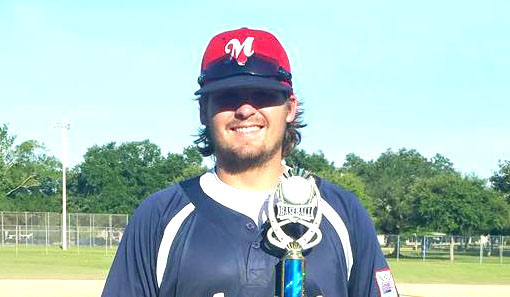 Woodward is a two-time first-team All-Parish selection. He is continuing his baseball career at Baton Rouge Community College this fall.

Woodard was part of a Monroe team that also included players from Minden, Farmerville and Oak Grove.

Before winning the state title, Monroe competed in tournaments in New Orleans, Lake Charles, Lafayette and Centenary this summer, posting a 15-3 record.

They are competing in the World Series in Ozark, Ala, this week.

Woodward is a veteran of the Bossier Parish youth baseball and high school scene.
He helped Benton win three straight District 1-4A championships. He was also on Bossier teams that won Dixie state 13s and 14s championships in 2010 and 2011. The 14s team finished runner-up in the World Series in Dothan, Ala.

Woodward was also a member of the 15-17 Bossier team that won the Pre-Majors state championship in 2012.

The 19s tournament in Alabama is his fourth World Series.