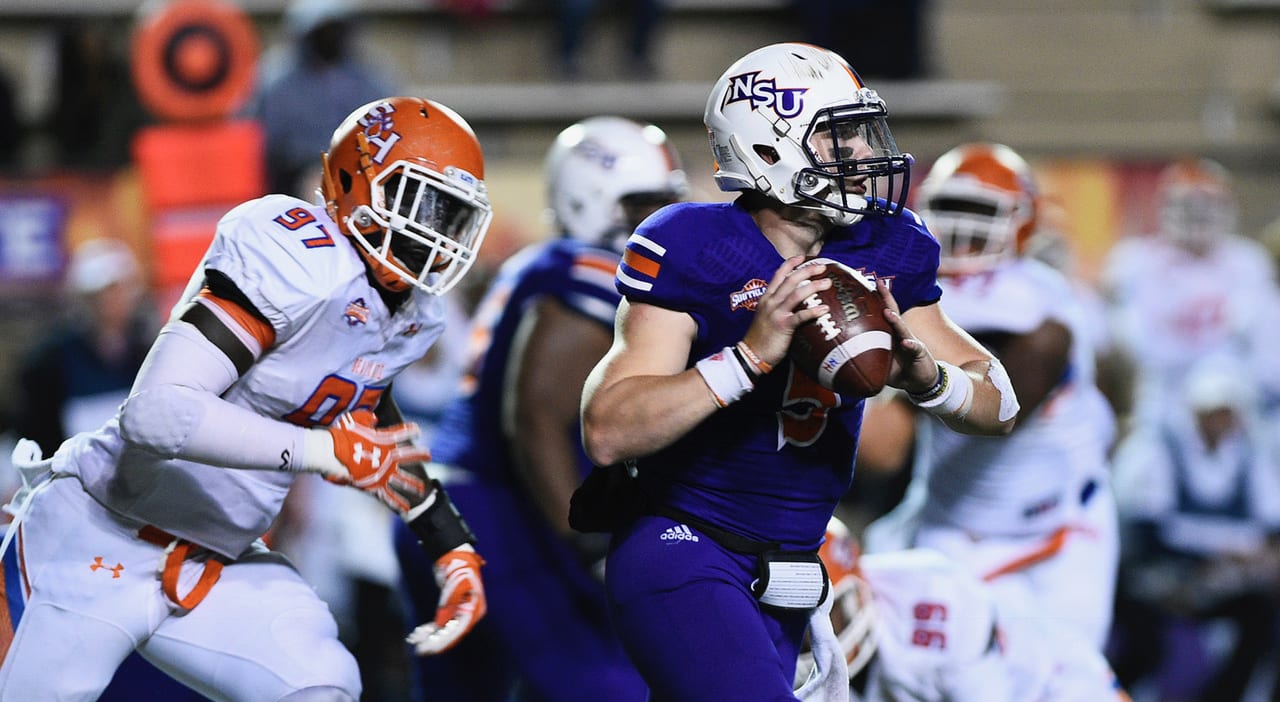 Former Haughton star J.D. Almond is looking forward to making the most of his final season.

Almond, a fifth-year senior, enters preseason training camp as the Demons’ No. 1 quarterback.

He is the only quarterback on NSU’s roster with experience at the FCS level. He has started six games the last two seasons, including the final three last year.

Almond believes that experience and his leadership ability are his main strengths looking ahead to the season.

“I’m a fifth-year guy. I definitely consider myself as a leader in that locker room,” he said at the annual SLC Media Day last month in Houston. “I’ve been here quite some time. Those guys know they can count on me.”

NSU is coming off a rough season. The Demons went 1-10 and didn’t win a conference game.

Almond completed 42 of 77 passes for 442 yards and two touchdowns with three interceptions last season. For his career, he has passed for 970 yards and five touchdowns.

His best game last season was on the road against Abilene Christian. He completed 22 of 33 passes for 225 yards with one TD and one interception in a 25-22 loss.

The Demons led 19-8 late in the third quarter, but the Wildcats scored 17 points in a 10-minute span to rally for the win.

Almond also passed for 196 yards and a touchdown in

In the final game against Stephen F. Austin, NSU head coach Jay Thomas replaced Almond with Brooks Haack after the Demons couldn’t get anything going the first two series.

Still, Thomas praised Almond after the game for his effort in practice during the week after “taking a beating” against Sam Houston State.

“I’m proud of J.D. Almond,” Thomas said. “(He) was out there at practice Tuesday and tried to get it done today but was just out of sync throwing it.”

The Sam Houston State game was the only SLC contest the Demons didn’t have a decent chance to win in the second half.

NSU was picked to finish 10th in the 11-team SLC on Media Day, but Almond believes the Demons will prove the doubters wrong.

“We’re going to bring a lot of energy to the table,” he said “We were talking about the intensity that we really brought this summer.

We’ve got a lot of guys who are excited and ready to get the ball rolling, ready to shake back, bounce back.

I think these guys are just ready to prove that.”

While Almond is No. 1 on the depth chart, he could receive some competition in camp from junior Clay Holgerson, a transfer from Northwest Mississippi Community College, and redshirt freshman Kenny Sears.

The quarterbacks will be operating under a new offensive coordinator. Kyle Manley was promoted to the position after serving as quarterbacks coach the last two seasons.

Almond was glad to see Manley step into the role.

“I think it’s easier for us quarterbacks having our quarterbacks coach calling the game,” he said. “We watch film. We learn from him. We learn kind of how he thinks, how his mind works is as game managers.

“We’re going to be on the same page and I think that’s going to help tremendously with having him calling the plays and us managing the game I think it’ll help quite a bit.”