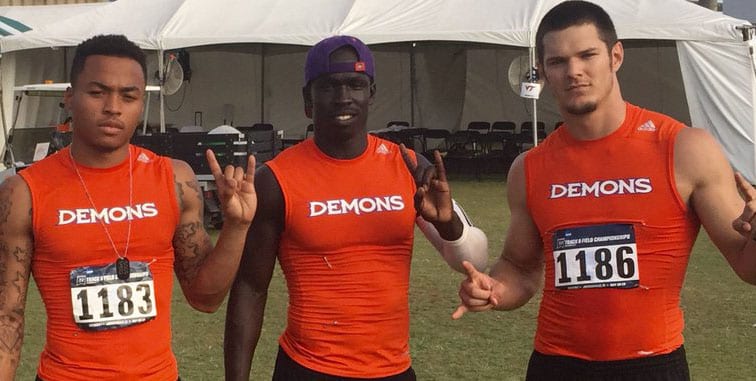 Larkins and Shilling teamed with Amir James and George Flaviano to help Northwestern State finish 15th in the 4X100-meter relay semifinals. The foursome ran a season-best 39.60, fifth in their heat.

The top two in each of the three heats plus the next two best times advanced to the finals. Arkansas had the best time with a 38.71. LSU was third with a 38.73.

The next eight earned All-America honors.

After the heats, unofficial results had NSU at 17th. But the Demons moved up to 15th after protests.

About an hour after the 4X100, Larkins finished 20th in the 100-meter semifinals in 10.42, earning honorable mention All-America. Senoj-Jay Givans of Texas had the best qualifying time with a 9.96.

Larkins, a freshman, won the 100 in the Southland Conference Championships last month. He was a two-time Class 5A 100 state champion at Haughton.

He and Shilling, a junior, both played football in high school. Shilling has also had success in the javelin.