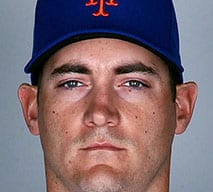 Former Parkway star pitcher Seth Lugo has been promoted to the New York Mets, according to ESPN and several media reports.

The 26-year-old Lugo, who was already a member of the Mets’ 40-man roster, was moved from the Las Vegas starting rotation to the bullpen earlier this month, according to the Las Vegas Review-Journal. 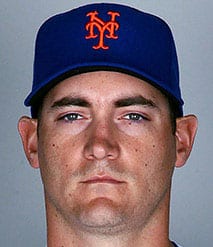 “I’ve been kind of ready for it,” Lugo told the Review-Journal. “I also felt I got a fresh start because I kind of struggled a little bit at the beginning of the season. Maybe a new life.”

Lugo had almost immediate success out of the bullpen. According to the Review-Journal, he had a 1.13 ERA in eight innings in his first five games.

Lugo could be a starter or reliever for the Mets, according to ESPN’s Adam Rubin. Left-hander Sean Gilmartin was demoted to Las Vegas.

Lugo played for Double-A Binghamton and Las Vegas in 2015. He pitched for Single-A St. Lucie in 2014 and the Brooklyn Cyclones in 2013.

In 2011 he was diagnosed with spondylolisthesis, a displacement of vertebra in the spine. After undergoing lumbar spinal fusion surgery, he missed all of the 2012 season.