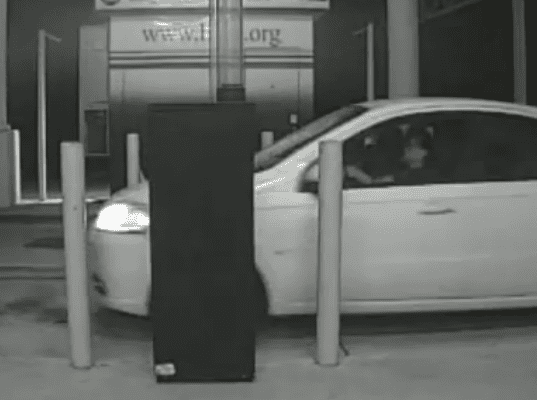 Bossier Sheriff’s Office detectives are asking the public’s help in identifying suspects who attempted to break into an ATM machine at a credit union in Bossier Parish on two separate occasions.

Detectives are looking to identify three, possibly four or more thieves, who attempted to break into the ATM machine at Barksdale Federal Credit Union at 115 W. Linton Road in the early morning hours of June 18 and June 19. 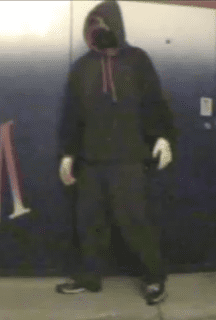 Surveillance video from the credit union after midnight on June 18 shows at least two men at the crime scene.  One man is described with a large/tall build, wearing khaki-colored pants, black jacket, rubber boots, black mask and hat, and gloves.  The second man appears to be regular build, wearing dark pants, black jacket with white stars on upper front and lower back with white numbers “08” on both sides of the upper sleeve, brown work boots, black mask and hat, and gloves.

Surveillance video also shows the same vehicle, a white, 4-door Chevrolet Aveo with a rear spoiler, used in the crime on both nights.  Detectives believe multiple suspects are involved, possibly four or more.  Even though the thieves were disguised, detectives are hopeful someone will recognize the distinctive black jacket with white stars and the numbers “08.”

Although it appears the suspects are male, detectives have not ruled out the possibility that there could be a female suspect. Race of the suspects is undetermined.

The would-be thieves left plenty of damage to the ATM machine and office area, but were unable to take any money.