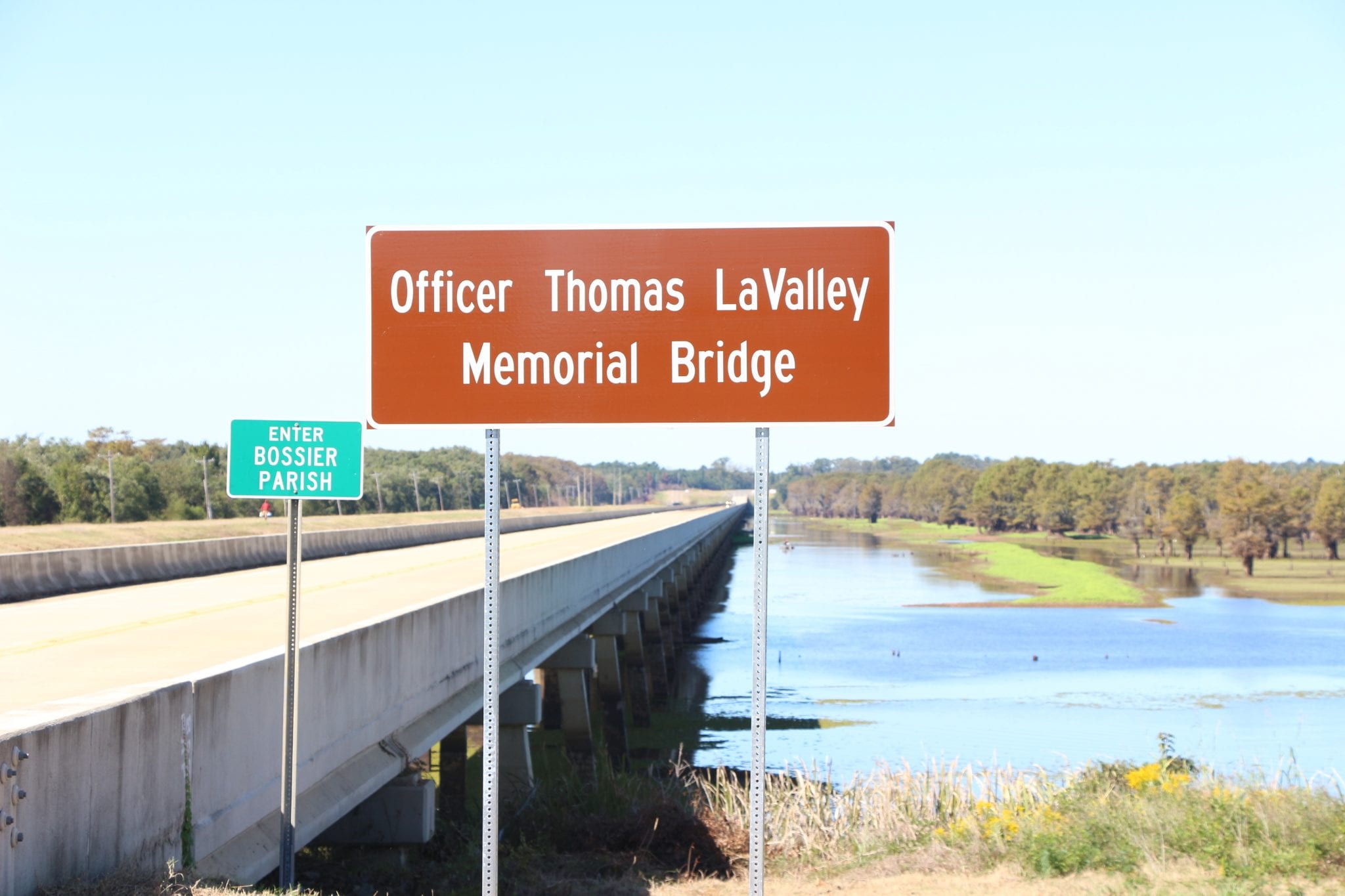 Family and friends of Thomas LaValley gathered on the southeast end of the LA 154 bridge Saturday afternoon, standing near the spot where Thomas loved to go fishing.

Legislation was passed unanimously through the House of Representatives and the Senate to name it the “Officer Thomas LaValley Memorial Bridge.” Governor John Bel Edwards signed the legislation in May and the signs were formally unveiled Saturday.

LaValley, a four-year veteran of SPD, was killed in the line of duty Aug. 5, 2015 while responding to a call in Shreveport’s Queensboro neighborhood.

Dist. 9 State Representative Dodie Horton (R-Haughton) filed House Bill 110 to rename the bridge. She carried a photo of LaValley around with her in Baton Rouge during the legislative session.

“I wanted them to see that he was a real person, what he looked like and that he was more than just a name,” Horton said. “He deserves this.”

You can see more photos in the gallery below: