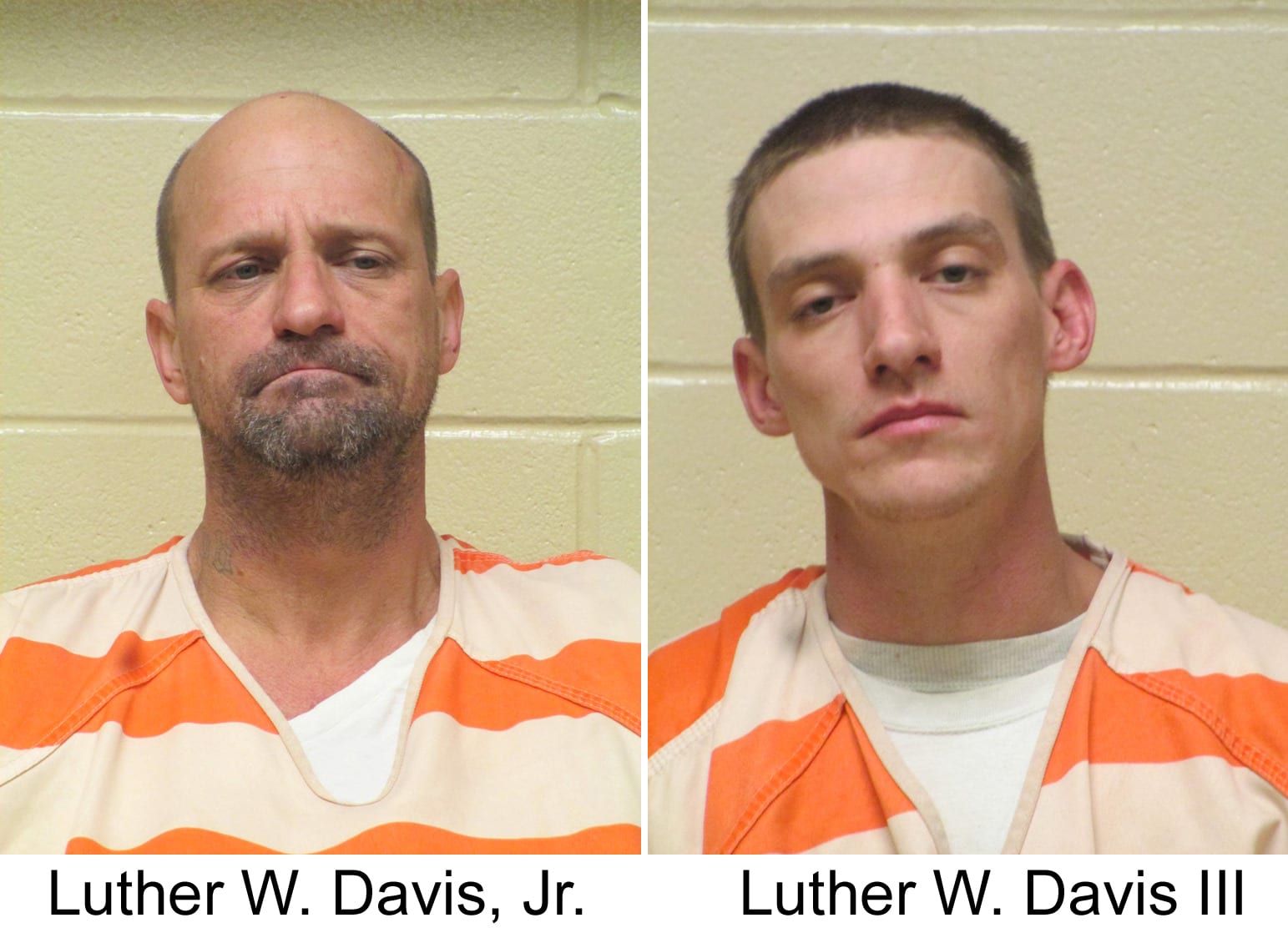 A father and son have been arrested for production of methamphetamines at their residence in Princeton, following a foot pursuit when the father fled from deputies attempting to arrest him on an unrelated warrant out of Texas.

Bossier deputies went to the residence Wednesday afternoon to execute a warrant out of Cass County, Texas, on Davis, Jr., for probation violation. While deputies were attempting to make contact with him, he fled into the woods, but was soon located and taken into custody.

Back at his residence, deputies found Davis III, who admitted to using meth that day, and deputies also found devices and chemicals used in the manufacturing of meth; the son also admitted to making meth via the “shake and bake” method.

The father, son duo was booked into the Bossier Maximum Security Facility and their bonds are $16,500 and $15,500, respectively.