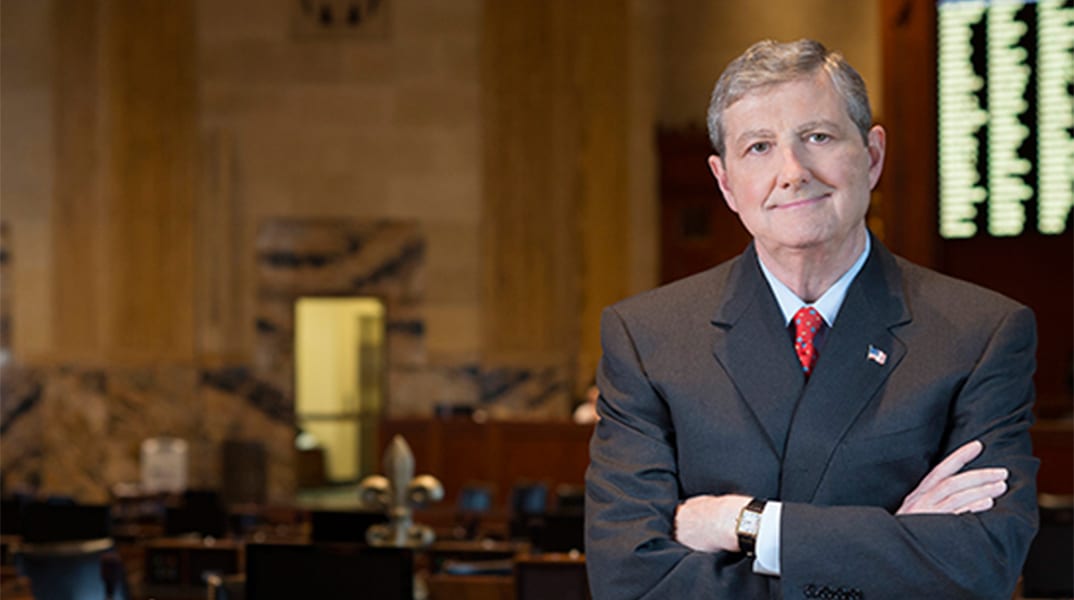 There will be no televised debates in the race for the U.S. Senate seat in Louisiana.  Republican candidate John Kennedy has refused to participate.  Democrat candidate Foster Campbell had agreed to the debates.

Originally, three debates were scheduled.  The first one was to be hosted by the Baton Rouge Press Club on November 28.  It was not to be televised.  Kennedy refused to participate.

The first televised debate was to be held on Thursday, December 1, hosted by the Louisiana Public Broadcasting (LPB) and the Council for a Better Louisiana (CABL).  It was to be aired on all of the LPB stations around the state.  Kennedy refused to participate.

The second televised debate was scheduled for Friday, December 2, hosted by Nexstar and WVLA-TV of Baton Rouge.  It was to be broadcast locally on KTAL-TV.

The original debate rules allowed each candidate to have 125 live audience members.  Kennedy apparently did not like the debate to be held before a live audience and declined to participate.

Campbell was notified by Gary Wordlaw, WVLA news director by e-mail that a Kennedy spokesperson wanted no live audience and required that the debate be “held with just the two candidates and the anchors.”

“Mr. Kennedy is so weak he won’t even debate me.  He made time to punch his membership card to the insiders club in Washington with two recent D.C. fundraisers.  He’s taking time to talk to deep-pocketed corporate lobbyists, but he won’t make time to talk to the people of Louisiana.  He’s pitiful,” Campbell said in a press release.

About Kennedy refusing to debate before a live audience, Campbell had this to say:  “Either he doesn’t have 125 friends who will come, or he found out that the corporate lobbyists filling his bank account couldn’t get their private jets to Louisiana that day.”

As a result, voters in Louisiana will not have the opportunity to see the two candidates in  televised debates discussing the issues in this race.

President-elect Donald Trump kept saying the election was rigged during  the campaign.  Well,  now  his claim has come back to haunt him as Jill Stein, the Green Party candidate, wants to find out if it is.

She has raised nearly $5 million to pay for recounts in several key states, such as Wisconsin, North Carolina, and Pennsylvania.  Green Party officials have already filed for a recount in Wisconsin after reports of voting discrepancies.

This past Saturday, the campaign of Hillary  Clinton announced that it would join in the recount effort.

Trump was not pleased.  “This recount is just a way for Jill Stein, who received less than one percent of the vote overall and wasn’t even on the ballot in many states, to fill her coffers with money, most of which she will never even spend on this ridiculous recount,” Trump said.

He added, “This is a scam by the Green Party for an election that has already been conceded, and the results of this election should be respected instead of being challenged and abused, which is exactly what Jill Stein is dong.”

Stein responded to CNN’s Pamela Brown om “Newsroom” by saying, “For his information, this ia all going into a dedicated and segregated account so that it can only be spent on the recount.”

Clinton won the popular vote by 2 million votes, but lost in the Electoral College.  While Trump calls the recount effort a scam, at the same time he says he lost the popular vote because of voter fraud. So perhaps a recount is needed.