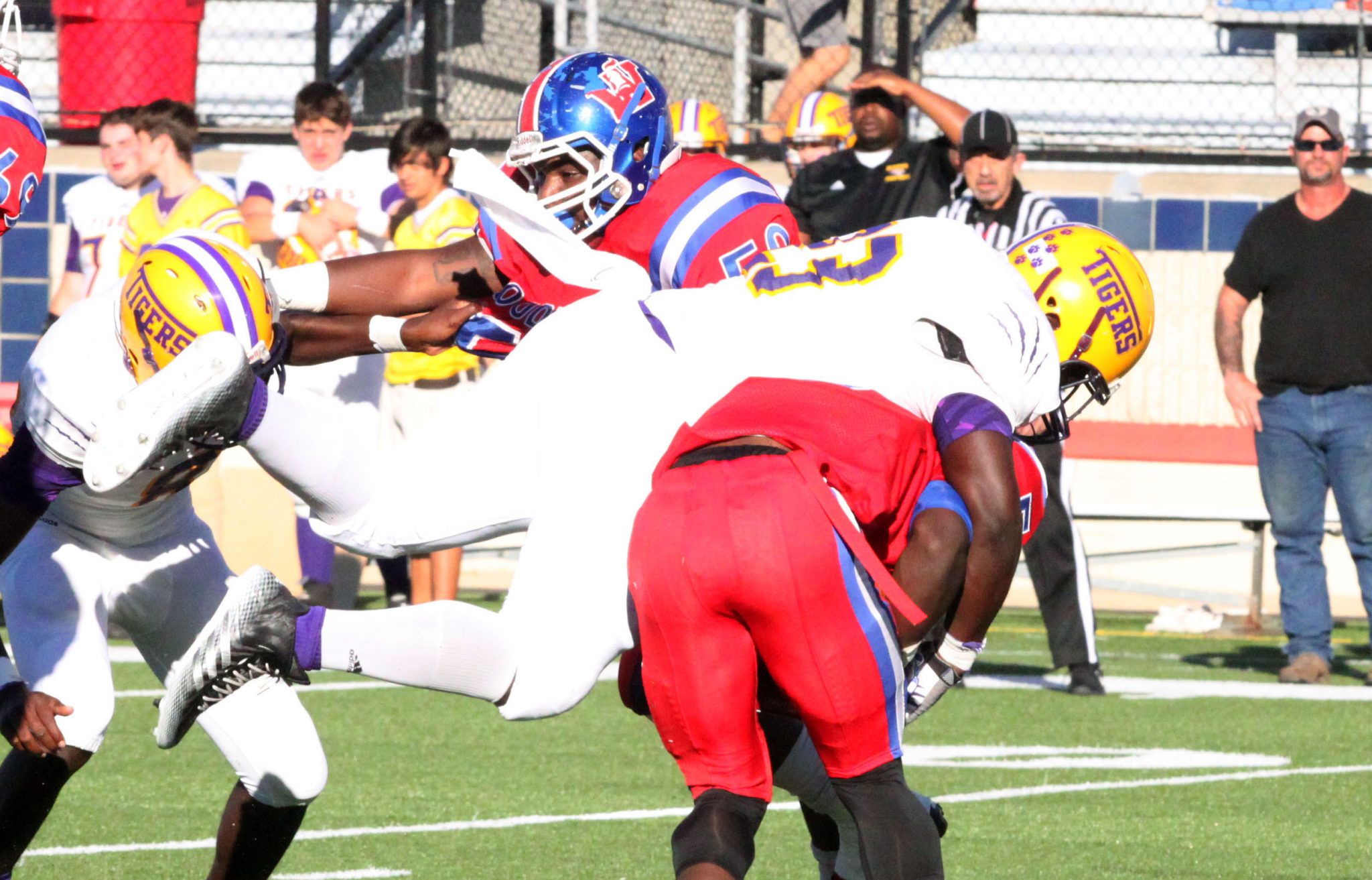 The Benton Tigers’ game against the Woodlawn Knights ended about 23 hours after it started Friday afternoon at Independence Stadium. And the result was just what Benton head coach Reynolds Moore wanted — a 9-0 Tigers’ victory.

The game kicked off at 7 p.m. Thursday but was suspended at the half because of heavy rain and lightning with Benton leading 6-0.

The only points Friday came the same way they did Thursday, off the foot of Jordan White. He kicked a 21-yard field goal, his third of the game, with 11:49 left in the fourth quarter.

The Tigers recorded their second straight shutout. They have not allowed a point in 11 straight quarters.

“It’s probably the weirdest game I’ve been a part of,” Moore said, “That makes me even prouder of our guys. They stayed the course, stayed focused. It was an odd turnaround — go home last night, come back to school today, have to get ready again, leave early, just kind of a different schedule than what we’re used to.

“Our guys really responded to that. I told them when we left whoever makes the least mistakes is going to win this football game and we came out and played football.”

White’s third field goal came after the Tigers recovered a bad snap to the quarterback with a personal foul penalty against the Knights tacked on.

The drive was kept alive by a pass interference penalty against Woodlawn on fourth-and-5 at the 14.

Like in Thursday’s first half, Benton moved the ball well at times but stalled near the goalline. Thanks mostly to swing passes from Jonathan Thompson to TJ Anderson, the Tigers moved to the Woodlawn 8 in the third quarter. But an offensive pass interference penalty moved the ball back and the Knights picked off a pass on fourth down.

In Thursday’s first half, Tyler Stephens had a couple of big catches, while Anderson and DorSavion Williams had some nice catch-and-runs.

“Offensively, we moved it up and down the field for four quarters and two days,” Moore said. “We’ve got to punch it in. Our defense is holding up and it looks like they’re going to hold up for a long time, but we want to make this more of a complete effort, score some more points. We’d love to have that but our defense is just phenomenal. You get guys that make plays and are where they’re supposed to be. I can’t say enough about them.”

White’s field goals in the first half were 21 and 22 yards.

Woodlawn had two touchdowns and a long pass to the 1-foot line called back.

Benton continues play in wide-open District 1-4A Thursday at home against Fair Park (4-1, 1-1). The Indians suffered their first loss of the season to Minden 28-20 Friday in a game that was played at Independence following the conclusion of the Benton-Woodlawn game.