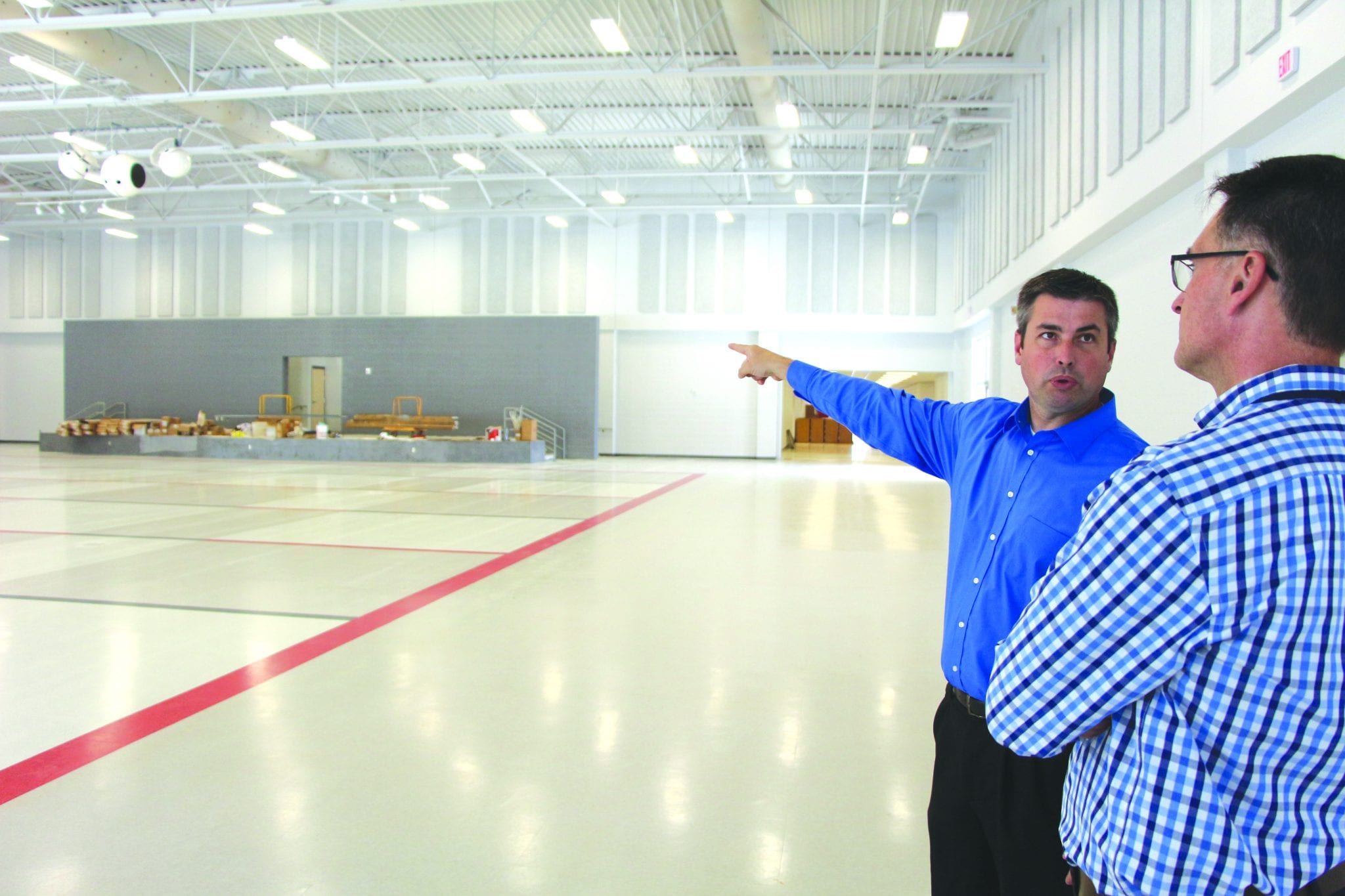 Designed for 1,500 students in sixth through eighth grades, the new Haughton Middle School is nestled on 28 acres along Highway 3227, just west of the Tuscany subdivision. The massive project will be finished in the coming weeks and ready for the start of the 2017-2018 school year.

“I’m ecstatic,” Principal Richard Warren said. “The space for growth is exciting. It gives us the opportunity to meet the needs of the population as it grows out here in Haughton.  The town is booming and we have to keep up with that.”

The new middle school was built to specifically address growth. The South Elm Street campus is no longer big enough to hold their student population, which was around 965.

“They are well over capacity,” Keith Norwood, Supervisor of Planning and Construction for Bossier Schools, said. “That campus wasn’t even designed to hold 1,000 students. They had to make a lot of adjustments to fit all their classes in.”

“We had classrooms in areas that weren’t designed to be classrooms,” he said. “We did what we had to do.”

Fortunately, that won’t be a problem at the new site. The new school was built to house 1,500 students.

“The great thing about this school, Warren said, is the way it was planned.

“We’re not moving into it at capacity,” he explained. “We will actually have rooms that aren’t needed for students initially. They will be there for future growth. It’s been a long time since that’s happened.”

The new Haughton Middle School will be the second largest school in Bossier Parish, just behind Airline High School in top spot. Norwood said the school is technically complete because they have Fire Marshal occupation.

“I would say it’s 99 percent done because they are still working on some things on the exterior,” Norwood said. “There’s not a solid completion date on a project this big. The next step is final completion, which is to pass all the inspections. That takes weeks. That’s what is going on right now.”

Officials broke ground on the project more than two years ago in February 2015. A ribbon cutting ceremony has been scheduled for Monday, July 24, at 11 a.m. Bossier Schools invites the entire Haughton community to celebrate the opening of their new school.