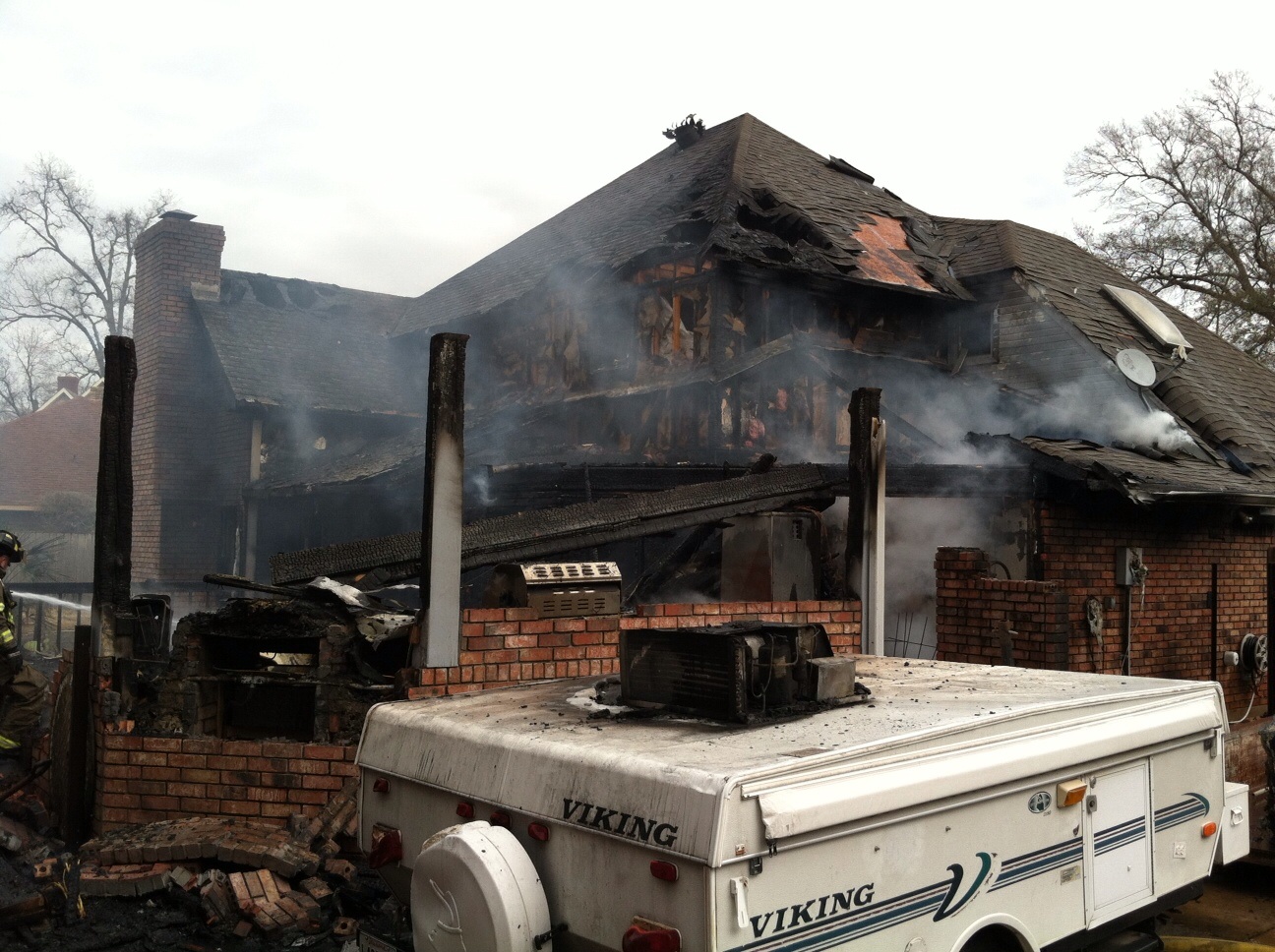 The Bossier City Fire Department responded to a 2-alarm fire around noon today that heavily damaged a house in the 2200 block of Landau Lane. Upon arriving on the scene firefighters found much of the 2-story brick home engulfed in flames. Due to the magnitude of the fire a second alarm call was made which sent additional firefighters to the scene.

It took firefighters about 20 minutes to bring the fire under control. The home sustained heavy fire and smoke damage to both floors as well as the attic. A backyard patio gazebo was also destroyed. The occupants were not at home at the time however two family dogs died in the fire. The cause of the fire remains under investigation.