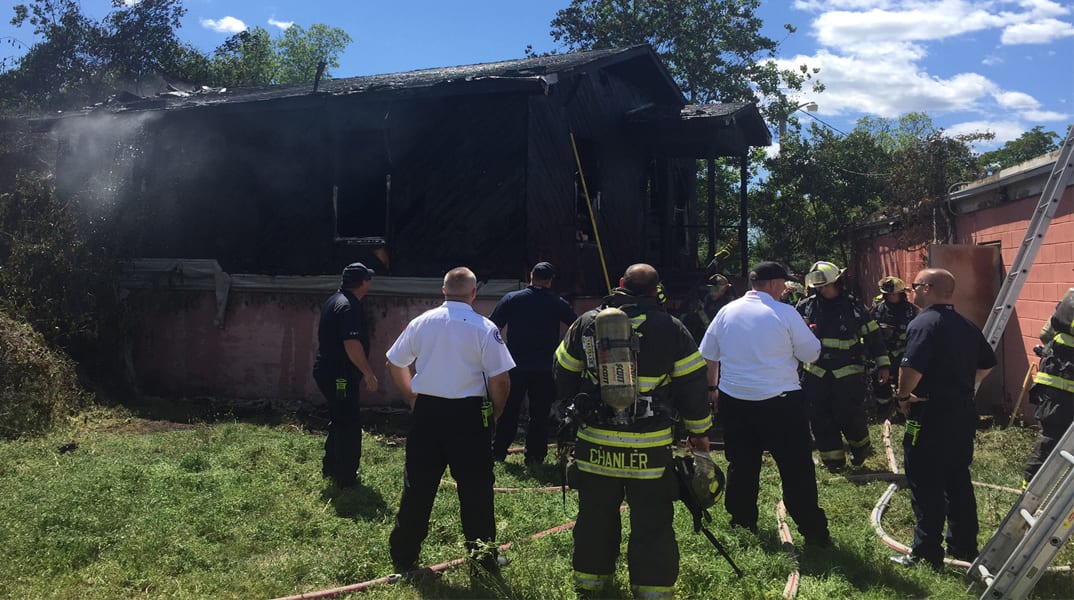 The Bossier City Fire Department responded to a fire Sunday that destroyed a vacant building behind Casio’s Food Mart in the 2200 block of Barksdale Boulevard.

Fire crews were called to the scene at approximately 2:45 p.m. The first unit arrived within three minutes and reported that the structure was fully engulfed in flames. Responding fire crews reported seeing thick black smoke from the fire billowing into the air from several blocks away.
Firefighters had the blaze under control within 10 minutes. There was no power connected to the building.
There were no reported injuries.
Radiant heat from the fire caused minor damage to the rear of Casio’s Food Mart.
The cause of the fire remains under investigation.