First Bossier is bringing the spirit of Christmas to life through a spectacular holiday show.

Gloria: A Christmas Experience is a multimedia production featuring performances that will entertain all ages. Eddie Colvin, Worship Pastor and Executive Producer, promises a show filled with the sights and sounds of Christmas.

A cast, crew and volunteer team of about 500 people have been working weeks to ensure this year’s show will be a delight for all. Performances include the First Bossier celebration choir, children’s choir, church youth, Vicki’s School of Dance performing groups and more. There just might be a flying reindeer and a visit from Santa, too.

This is the sixth year First Bossier has put on the production. Colvin said the show was developed as a gift to the community and has become part of First Bossier’s outreach mission.

“At the time, we didn’t have a big Christmas event that could become a community event,” he explained. “We realized that people like to have a place to go for Christmas. Gloria has become a staple in Bossier and a tradition for many families.”

The show, which lasts about two hours, sold out last year with a crowd of about 4,000 total between the two show dates. 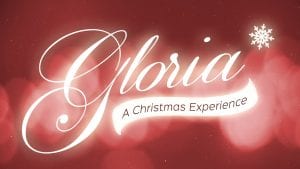 First Bossier invites the community to join them Saturday, Dec. 12, at 6 p.m. or Sunday, Dec. 13, at 3 p.m. Special guest this year is award-winning musician Gordon Mote. Blind since birth, Mote’s faith has provided a strong foundation for his life. When he was just three, Mote surprised his family by playing “Jesus Loves Me” on the piano with both hands. Mote has recorded an impressive body of work—three instrumental and six vocal albums—including the Dove Award-nominated If You Could Hear What I See (2004), Don’t Let Me Miss the Glory (2007), Songs I Grew Up Singing (2012) and his acclaimed Christmas collection The Star Still Shines (2012). A two-time winner of the Academy of Country Music’s top piano/keyboard player award, Mote has recorded with Brad Paisley, Darius Rucker, Blake Shelton, Carrie Underwood, Gaither Vocal Band, Alan Jackson, and many, many others.

Tickets to Gloria can be purchased at the church or online at www.firstbossier.com/gloria. General admission tickets are $10. Military tickets are $5. Tickets for groups with 20 or more people is $8 each. Admission for children three and under is free.

A portion of proceeds from the show will go to Operation Christmas Child, a ministry project of Samaritan’s Purse that delivers gift-filled shoeboxes to millions of children affected by war, poverty, natural disasters, and other crises around the world.