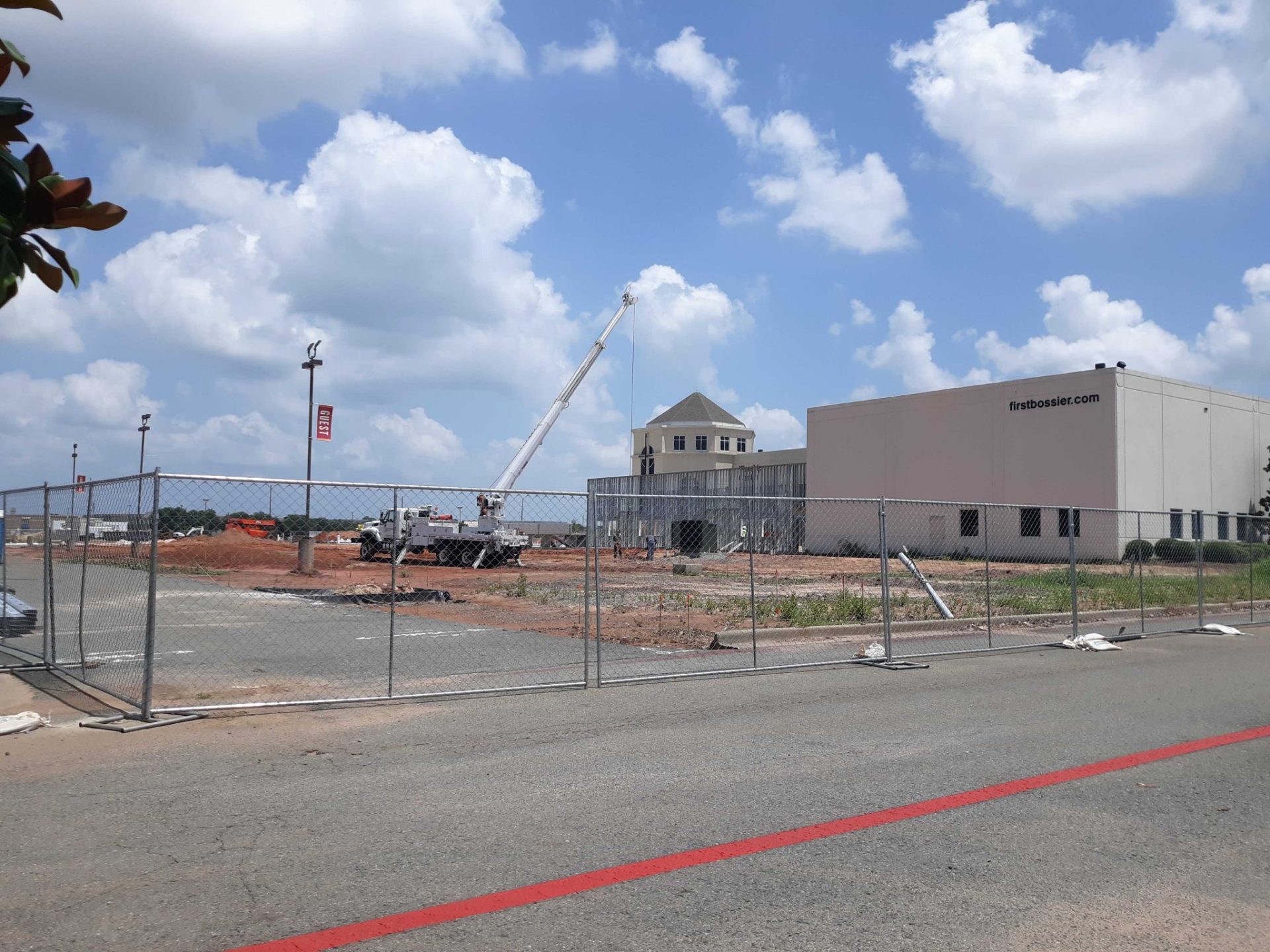 First Baptist Bossier Church has continued moving forward towards rebuilding, even during a pandemic.

First Bossier Pastor Brad Jurkovich says since construction began, all of the foundation, except for the chapel, have been poured and remodel projects within the building have been completed.

“We are finished with the inside remodel. The new small group space, all of that is going really well. The steel is coming in now for our new foyer “special events.” All of the foundations have been poured except the chapel. All those buildings will be going up in the next several months,” Jurkovich said.

“During COVID we were saying we need to remodel the inside. What was here that didn’t get destroyed by the fire was 20 years old. So we thought about it and wanted everything new to match and complement what we have already and have a brand new campus. The whole inside remodel helped us get new office space for our office staff, the worship center, the kids’ space have been completely remodeled, our older Sunday school space, our coffee shop. It’s been a lot of work but it’s really been neat to see this vision come to life,” he added.

Jurkovich went on to say that by next June the majority of the construction will be complete.

“By next June you’re going to see a majority of the construction done. It’s nice to be able to start  developing a cohesive place to dream, pray together and serve together,” said Jurkovich.

In the early morning hours of Monday, Dec. 10, 2018, a fire caused by an uninterruptible power supply at an office near Faith Chapel heavily damaged multiple buildings, including a section of the church known as the old sanctuary.

Building plans included a new chapel that will incorporate some of the more traditional features of the original building, a new foyer, students’ space, small group space, a hallway connecting all the spaces, and some general upgrades around the campus.

When construction began, it was and is expected to take less than two years to complete.