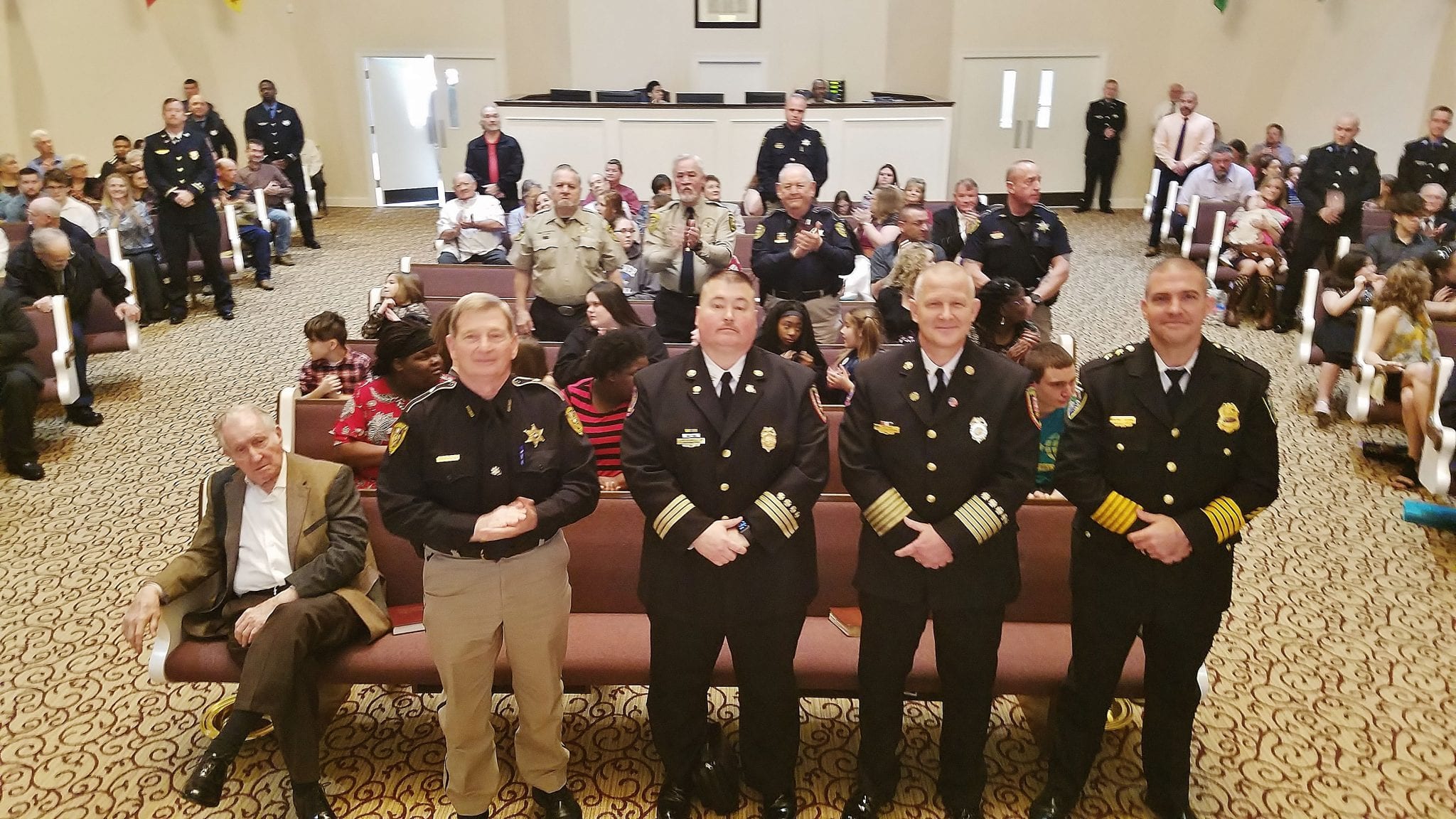 Pastor Howard Hall did an awesome job preaching; Bro. Ray Joslyn, Sonja Barber, and the choir were wonderful singing; and the folks who set up and decorated were top-notch. And then to see the U.S. flags all waving around the church – those volunteers did a wonderful job! And to top it off was the delicious fish fry with some great desserts! I was so stuffed!

Officers and firefighters from a number of agencies attended, including:

And more than 40 men and women with Brother’s Keepers Motorcycle Club — all retired, former, or current firefighters/spouses — were in attendance.

“I was honored to serve nearly 21 years in the U.S. Navy, and now nearly 10 years with the Bossier Sheriff’s Office,” said Lt. Bill Davis, Bossier Sheriff’s Office public information officer, via an email to local media. “I thank God for His blessings through it all; for my wife, Sheila, who has been with me through most of the journey; and to my children and friends who have been by my side and encouraged me.”

The service highlighted John 15:13 – “Greater love hath no man than this, that a man lay down his life for his friends” – which refers to the Lord Jesus Christ dying for mankind to provide us everlasting life.

“What’s also pretty cool is knowing that these firefighters, law enforcement officers and EMT folks don their uniforms each and every day to protect us,” Davis said in his email, “and are even willing to lay their life for us to keep us safe. That’s pretty awesome.”

Following the special service, everyone was treated to a fish fry.

You can see a video and photos of the event below (courtesy of Lt. Bill Davis):