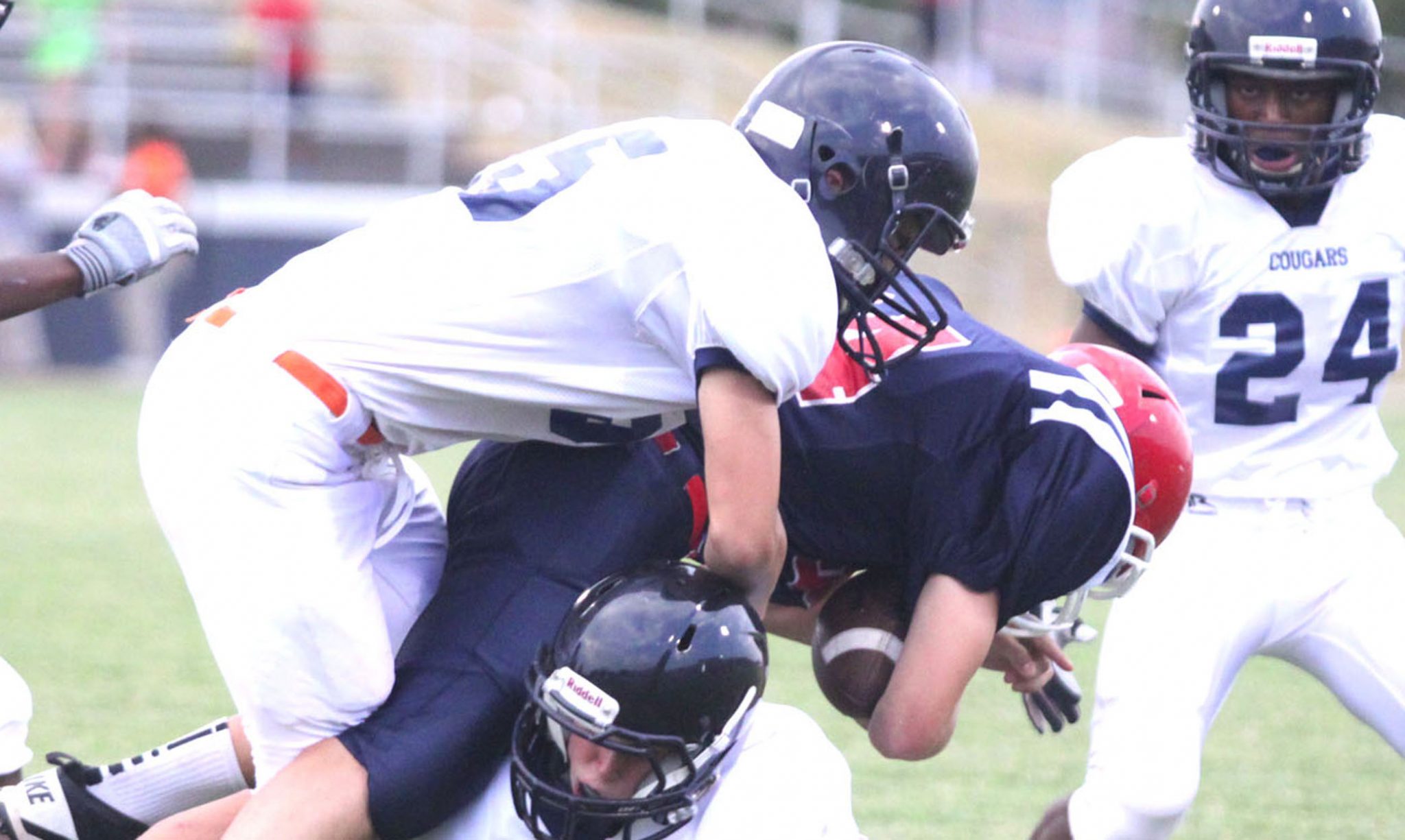 Cope 38, North DeSoto 8: The Cougars rolled up 286 yards and emptied the bench early in the second half.

Zylon Newsom was named special teams player of the game by the coaches. He had three tackles and recovered a fumble on a kickoff.

Greenacres 28, Rusheon 6: The Mustangs and Rams will play again during the district season, but this game was classified as non-district.

David Maxey scored two touchdowns for Greenacres. Coby McGee and Tannon Johnson had one each.

Elm Grove 30, North Webster 20: The Eagles rallied from a 20-8 deficit in the second quarter.

Quarterback Knije Harrison scored on runs of 20 and 10 yards. Jalen Hall blocked a punt and returned it 20 yards for a touchdown.

Benton 28, North Webster 0: Garrett Hable passed for two touchdowns and ran for another to lead the Tigers.

Hable hit CJ George on a long pass to set up a touchdown.

Greg Phill, Zishun Moore and Quandarius Harris each had an interception.

Hayes returned a kick 80 yards for a touchdown against Mansfield and also had an interception.

In seventh-grade games reported to The Press-Tribune, Elm Grove dropped Webster 28-0 and Greenacres got past Rusheon 22-14.

Elm Grove 28, Webster 0: Amani Larry passed for two touchdowns and ran for another to lead the Eagles to the victory.

Caleb Reese added a 7-yard touchdown run. Carson Sanders and Kyle Scott were among the standouts in a strong performance by the offensive line.

Kentravious Morris (interception) and Reese were defensive standouts, according to Elm Grove coaches.

Greenacres did not report any information to The Press-Tribune.

A pass from Brad Fream to Ethan Yarbrough set up one of the touchdowns.