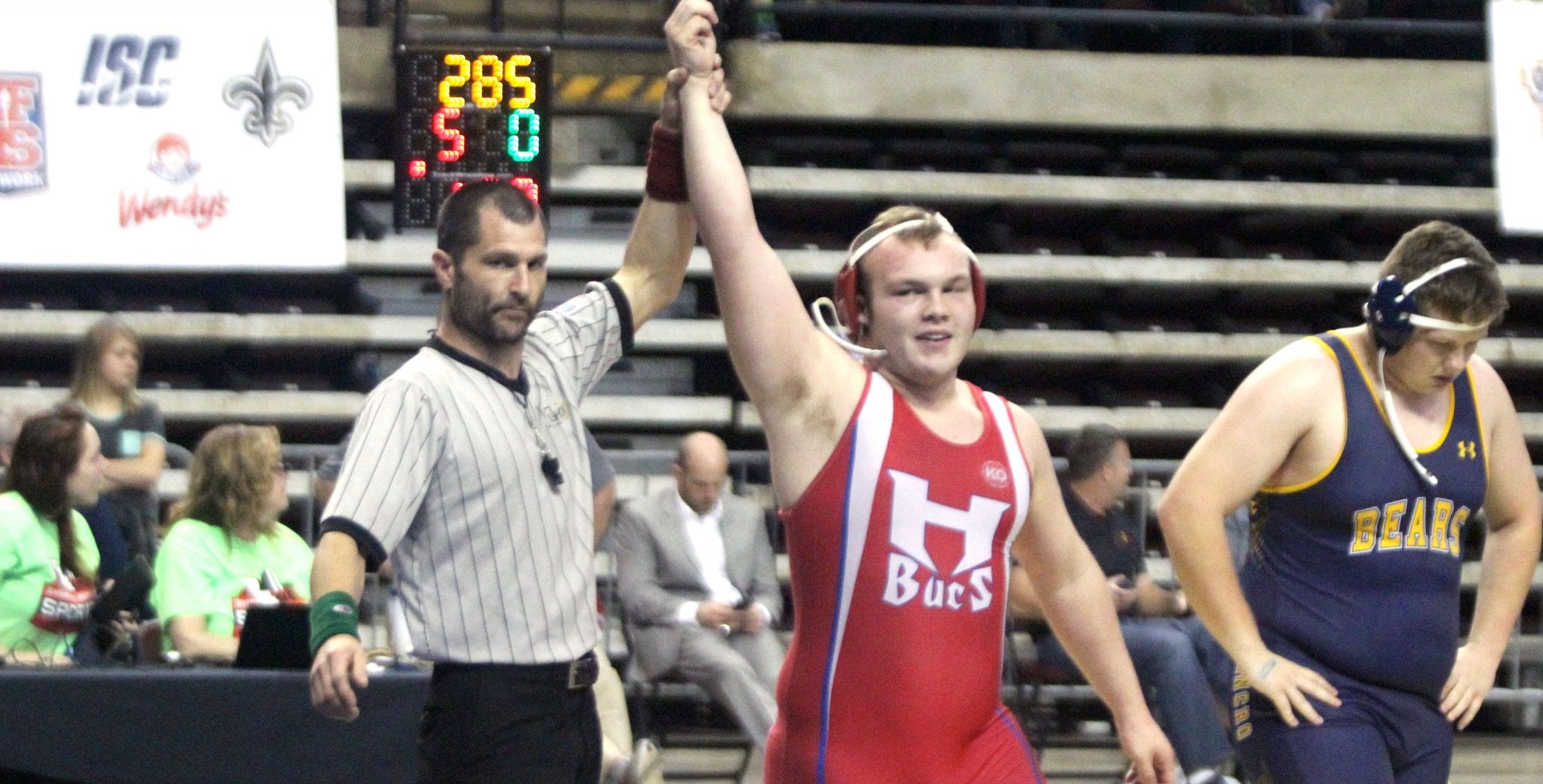 Airline and Parkway were the top public schools in their respective divisions.

Airline’s Walden, the No. 1 seed, closed his brilliant high school career in style. He needed only one minute, four seconds to pin No. 2 seed William Rosevally of Jesuit in the 160-pound title match.

According to trackwrestling.com, Walden finished his senior campaign 45-0.

The second-seeded Salinas, a junior who was unable to compete last year because of an injury, battled top-seeded Trevon Honor of Hahnville for two-plus rounds in the 195-pound finals. He was leading in points when he managed to pin Honor with 42 seconds left.

Parkway’s Fontenot, the No. 4 seed, upset No. 2 Mason Middleton of Live Oak by a 12-4 major decision in the 126-pound finals. Earlier in the day, the sophomore defeated top-seed Morgan Manuel of Rayne 8-6 via the ultimate tiebreaker.

Tamburo, the No. 1 seed, won a dramatic 8-7 decision over No. 2 Tyler Fontenot of Central-Baton Rouge in the 132-pound finals. The two were tied at 7 as the match was winding down. Tamburo, a junior, scored the decisive point with an escape move with just two seconds remaining.

VanVeckhoven, the No. 4 seed, took only 37 seconds to pin No. 2 Gabe Duplechain of Carencro in the 285-pound finals. Earlier in the day, VanVeckhoven pinned top-seeded Miles Santiago of Teurlings Catholic.

VanVeckhoven, a senior, jumped into the arms of junior teammate Daniel “DJ” Monroe after the victory.

About 20 minutes earlier, Monroe, the No. 2 seed, lost a 3-2 heartbreaker to No. 1 Tyler Carriere of Rayne in the 195-pound finals. It was tied at 2 most of the match, but Carierre was able to score in the final 15 seconds to pull out the win.

Parkway’s Dalton Driggers, the No. 2 seed, also lost a tough championship match. The junior fell to No. 4 Martin Garrett of New Orleans Archbishop Shaw by a 7-3 decision at 160 pounds.

This was the second year in a row the event was held at the CenturyLink Center. Total attendance for the two-day event was 11,073. That’s about 2,100 less than 2016, but about 200 fewer wrestlers competed this year.