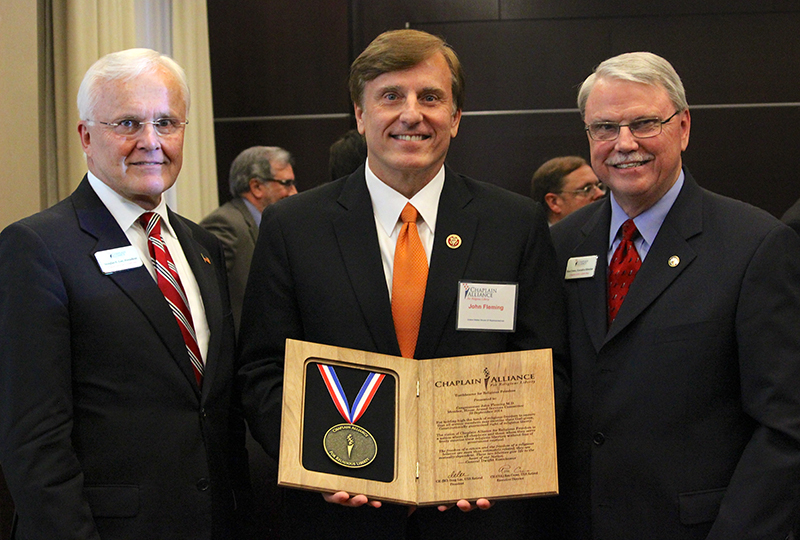 In presenting the award, Crews, who is Executive Director of the Chaplain Alliance for Religious Liberty, explained how Rep. Fleming worked to amend the 2014 National Defense Authorization Act (NDAA) to include “language that would protect the right of conscience not only of chaplains, but also of those they serve.” The Fleming amendment, that remained part of the final NDAA, is aimed at preserving the First Amendment right to free exercise of religion for those in the military, while maintaining military order. Crews added, “It is our joy and our honor, on behalf of chaplains and all those who wear the uniform, to say ‘thank you for taking a stand that our service men and women can exercise their religious liberty while they wear the uniform.’”