Bossier City police arrested a Florida man over the weekend after they allegedly caught him in the act of burglarizing an elementary school.

Officers arrested Richardo Padilla, 35, of Century, Florida on charges of burglary and illegal carrying of weapons after they were dispatched to an alarm call at Meadowview Elementary School in the 4300 block of Shed Road at approximately 7:30 a.m. Sunday. 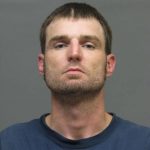 Upon arriving at the school officers reported finding a window had been removed from an exterior door and then made entry into the building to conduct a search. A short time later, officers located Padilla in a classroom attempting to pry open a locked filing cabinet with a crowbar and ordered him to surrender which he did without incident.

Officers found Padilla to be in possession of a digital camera that he had allegedly taken from another classroom along with tools customarily used in the commission of a burglary including the crowbar, a screwdriver and a flashlight. Because Padilla was in possession of those tools at the time a charge of illegal carrying of a weapon applies under state law.