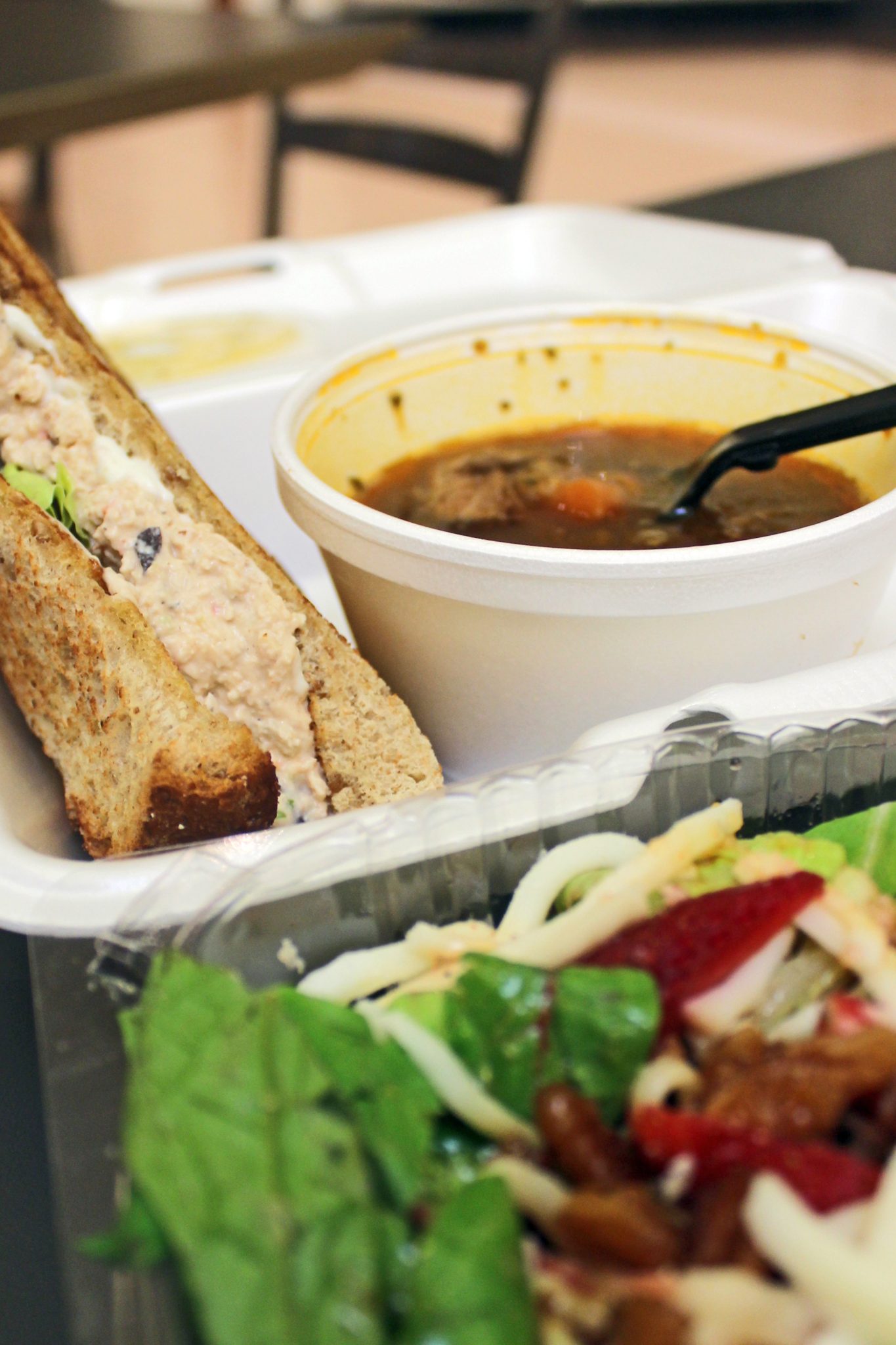 A new eatery has made its way to the food court lineup after a nationally televised reality show made their dreams become a reality. Food Court Wars, hosted by Tyler Florence, showcases two teams of aspiring restaurateurs battling it out to win their own spot in a food court outlet, rent-free, for a year.

Taking home the grand prize was the team of Jonathan “JB” Emery and Brandi Lewis with Shreveport-based Bistro To Go. The duo opened the new location last week and offer a menu of classic southern cuisine with a twist.

“Our motto is ‘good food fast’,” Emery said. “All I know is southern food, but we’re lightening things up a bit.”

On the menu is a variety of soup, salad and sandwich items along with dessert options, including the famous bread pudding seen on their Food Network taping. What makes their bread pudding “better than most,” Lewis said, is that it’s “very moist, light and fluffy” with a subtle rum sauce and pecans included.

Then there are the combo options. The Fork & Spoon pairs two items from a three item menu — a petite sandwich, cup of soup or side salad. A Trinity combo, however, gives customers a taste of all three items for less than $10.

Although the menu is limited compared to their Shreveport location, Emery said they still offer the same high quality food that customers keep coming back for.

“I’m excited and ready to sell some food,” he said. “Give us a shot. There’s something on the menu to fit everyones taste buds.”

Emery and Lewis agreed that being on national television was very surreal. Winning, however, was just the icing on the cake.

“God was looking out for both of us,” Lewis said. “He puts people in your life for a reason.

In a very close second was Stephanie Gafford of Plain Dealing and Pat Dillahunty from Elysian Fields, TX of Southern Traditions. The father/daughter team missed winning the grand prize by a mere $16 (or one person), Gafford said.

However, they did win the hearts of Food Network fans around the country (and the world) with their passion for cooking and desire to own their very own family-style eatery.

“We don’t cook professionally, but we cook together as a family,” Gafford said.

Their recipes are an assortment of family favorites and things Dillahunty has picked up over his culinary career. The food they cooked on television is just a glimpse at what they have to offer.

Their baked macaroni and cheese, homemade cornbread and chicken and dumplings were a huge hit with customers and host, Tyler Florence. The Southern Traditions team said coming in second was simply heartbreaking though.

“Dad deserves to have his own restaurant,” Gafford said emotionally. “We knew the only way to afford a restaurant was to win this [challenge]. We don’t have the personal funds to do it. We have families to take care of and we both work other jobs. It would have made it so much easier to reach our dreams had we won.”

Dillahunty, however, is putting his faith in the Lord’s hands that something will eventually come their way.

“There’s nothing we would have done differently,” Dillahunty said. “We went into it wanting to win, but then decided that the Lord has something else planned for us. All of the publicity that came after the show aired has opened our eyes to new possibilities. I believe the Lord is guiding us in a new direction.”

So what’s next for Southern Traditions? Gafford said they certainly are not giving up on their dreams of owning a restaurant.

“We don’t just want to cook good southern food. It’s about creating new traditions and reliving old ones,” she said. “We want to be that place you go to after church on Sundays to have a sit-down family meal. That’s exactly what Southern Traditions is about and we don’t want to be forgotten.”

Gafford has established a Southern Traditions Facebook page as well as a GoFundMe page to help raise money for their restaurant endeavor.

“We have so many original recipes that our own to share. We want to show people what we can cook.”