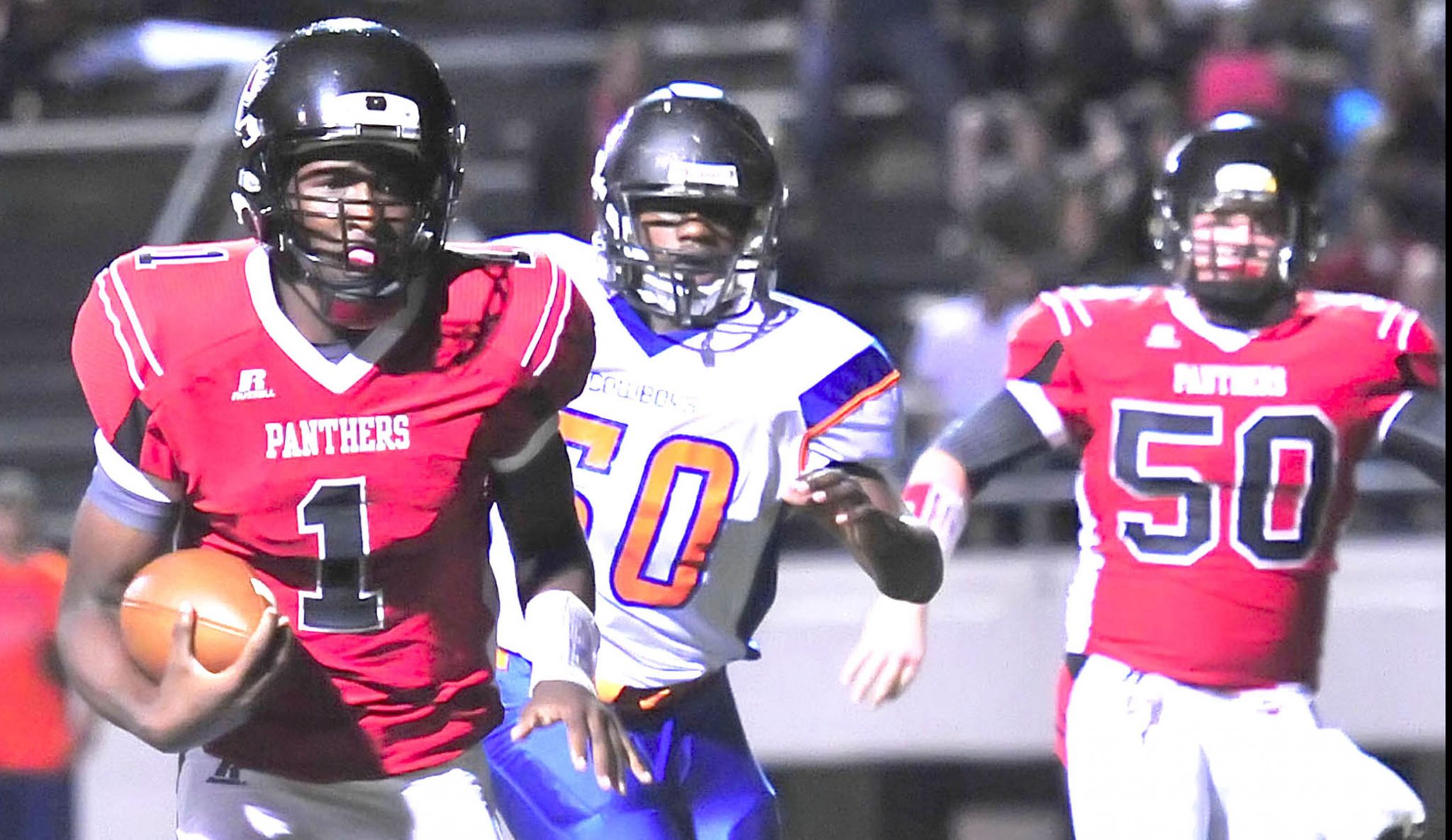 The Parkway Panthers are two victories away from reaching their goal of winning the Class 5A state championship.

But regardless of what happens, the Panthers have already had an historic season.

Parkway advanced to the semifinals of the state playoffs for the first time in school history with a 49-34 victory over the Zachary Broncos Friday night in Zachary.

The Panthers (12-0) also broke the school record for victories in a season set last year.

“A lot of history has been made,” Feaster said. “Keep in mind that it’s historically significant that we’ve done all this in 5A. Very proud of what the guys have accomplished. Obviously we want more icing on the cake, but we’ve already done some great things.”

Covington pulled off its second straight upset last Friday, knocking off No. 11 Central of Baton Rouge 20-14. The Lions defeated Airline 48-13 in the first round.

Feaster expected a challenge from the Broncos and the Panthers got one.

It looked like it would be another Parkway rout early with the Panthers racing to a 14-0 lead. But the Broncos rallied to tie it.

Brodrick Jefferson’s 67-yard touchdown run with 40.3 seconds in the first half gave the Panthers the lead for good at 27-21.

But Parkway didn’t salt away the victory until quarterback Brandon Harris scored on a 13-yard run with 1:33 left in the game.

“They really came after us,” Feaster said. “It was by far the biggest crowd they’ve had all year. Their players played up to it. They played in every aspect of the game. They gave us everything we wanted.”

As he has all season, Harris came through for the Panthers.

He rushed for 133 yards on 19 carries and scored two touchdowns. He also completed eight of 19 passes for 157 yards and three touchdowns.

Harris also picked up first downs on fourth-and-short situations on touchdown drives in the third and fourth quarters.

“He had a great night,” Feaster said.

The Panthers played the second half without Jefferson, who suffered an unspecified injury.

“That was another challenge for us,” Feaster said. “Our young guys had to step. Other guys had to carry the load. Brandon probably did more running than he’s done in any game this year probably. But everybody stepped up. The offensive line took it as a challenge. They did their job.”

Saturday afternoon, Feaster said he wasn’t sure if Jefferson, who has more than 1,000 yards receiving on the season, would return for the Covington game.

McAtee also scored on a fourth-and-goal from the one and had a two-point conversion after the Panthers’ fifth touchdown.

The Parkway defense allowed 380 total yards with most of that coming from quarterback Lindsey Scott and running back Forrest Town, but the Panthers made the plays when they had to.

Parkway’s first touchdown was set up by a blocked punt. A Hunter Huckaby interception also led to a touchdown in the first quarter.

Huckaby, who returned the interception 31 yards, led the defense with 15 tackles, including 13 solo. Justin Waggoner and Kyle Still were in on 11 each. Tray Walker had nine, and Austin Averitt had eight. Dante Williams and Marquis King had seven each.

Dylan Whaley picked off a pass in the final minute of the game.

“It wasn’t as much fun as last week (against East St. John),” Feaster said. “Last week we just shut those guys down for the most part. This week it wasn’t nearly that easy. They had long drives and so forth, but there were opportunities to where we got it back pretty quickly and gave it back to the offense and were able to get a little lead.”