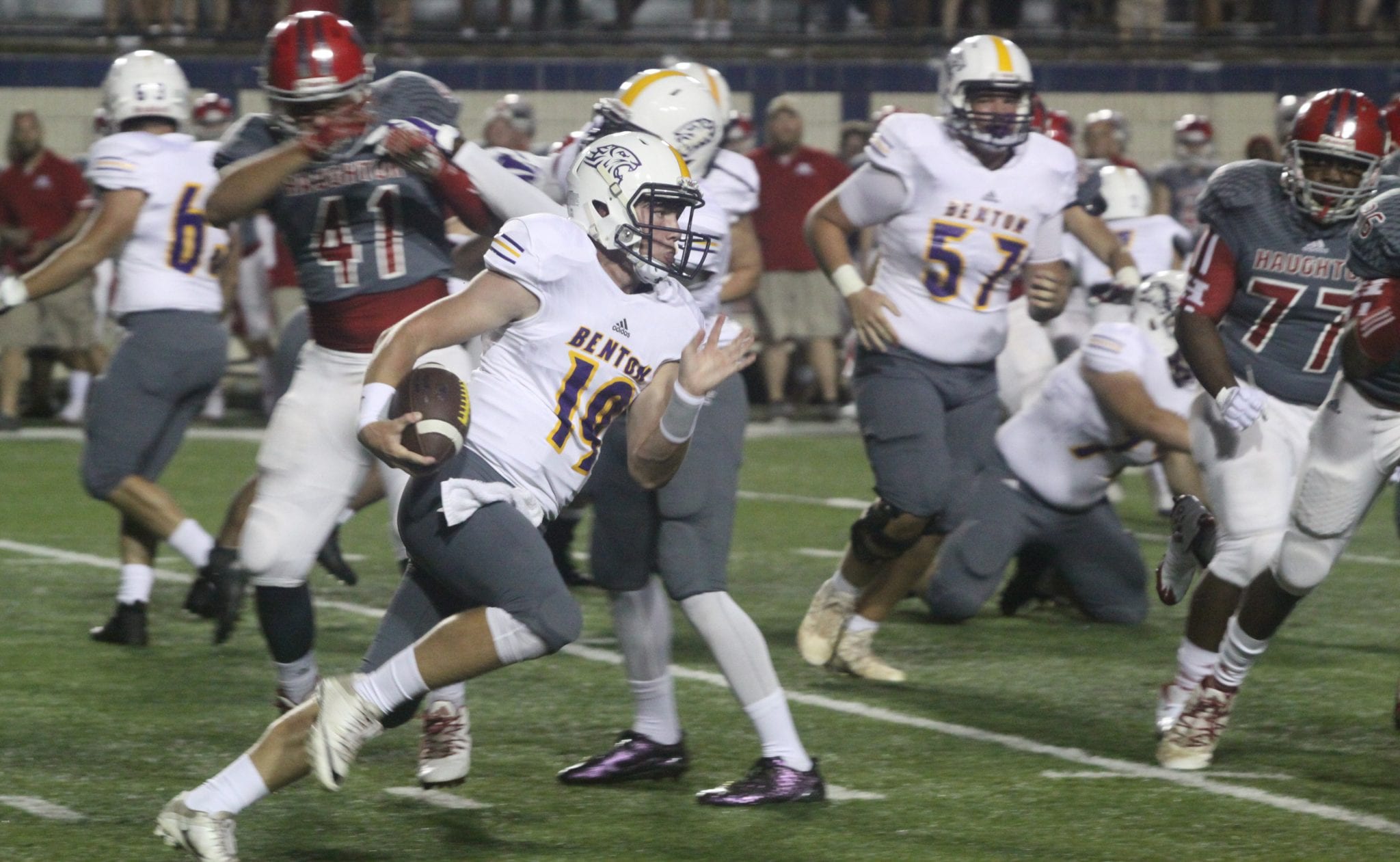 Parish high school football teams take the next big step toward the regular season with scrimmages Thursday and Friday.

One of the most anticipated will take place Friday at Bobby Marlow Field at Preston Crownover Stadium where the Parkway Panthers host the West Monroe Rebels.

Parkway advanced to the quarterfinals, finishing 11-2.

Both teams’ seasons ended with losses to Landry-Walker.

Some of the state’s top players will be featured.

Quarterback Slade Bolden, a recent Alabama commit, is back to helm the Rebels’ run-oriented offense. Blocking for him will be five returning senior offensive linemen.

Needless to say, it will be a challenge for a Parkway defense led by All-Parish linebacker David Morales.

West Monroe is a traditional state power with eight state championships and 21 straight district titles to its credit.

Parkway senior quarterback Justin Rogers, a TCU commit, and senior wide receiver Terrace Marshall Jr. are among the best in the nation at their respective positions.

In scrimmages, both first and second teams — and sometimes third and freshmen — see action for two or three series of plays. Some teams spend time working on their goalline offenses and defenses. Some end with the first teams battling in a regulation 12- or 15-minute quarter.

Coaches get an opportunity to see how players, especially newcomers, perform in a game-type situation. They also can evaluate how the veterans are meshing with new starters.

Airline, Parkway, Benton and Haughton all got a taste of the scrimmage atmosphere in last week’s event for the benefit of game officials at Independence Stadium.

Benton will be facing a North Webster team that finished 7-5 last season and reached the second round of the 3A playoffs.

Benton has three of the top players in the area in senior quarterback Garrett Hable, senior running back Jermaine Newton and senior receiver Doyle Adams Jr.

The Vikings and Lions have had very competitive scrimmages.

Haughton takes on a North DeSoto team that went 7-5 last season and is expected to field another strong team despite the loss of All-District running back Delmonte Hall to graduation.

Bossier should get a good test from Red River, a Class 2A team that went 7-4 last season.

Plain Dealing is very familiar with Ringgold as both teams are members of District 1-1A. The Lions won last year’s regular-season matchup 26-12.

The next big step toward the regular season is the annual Bossier Lions Club Jamboree at M.D. Ray Field at Airline Stadium on Friday, Aug. 25. Season openers are Sept. 1.