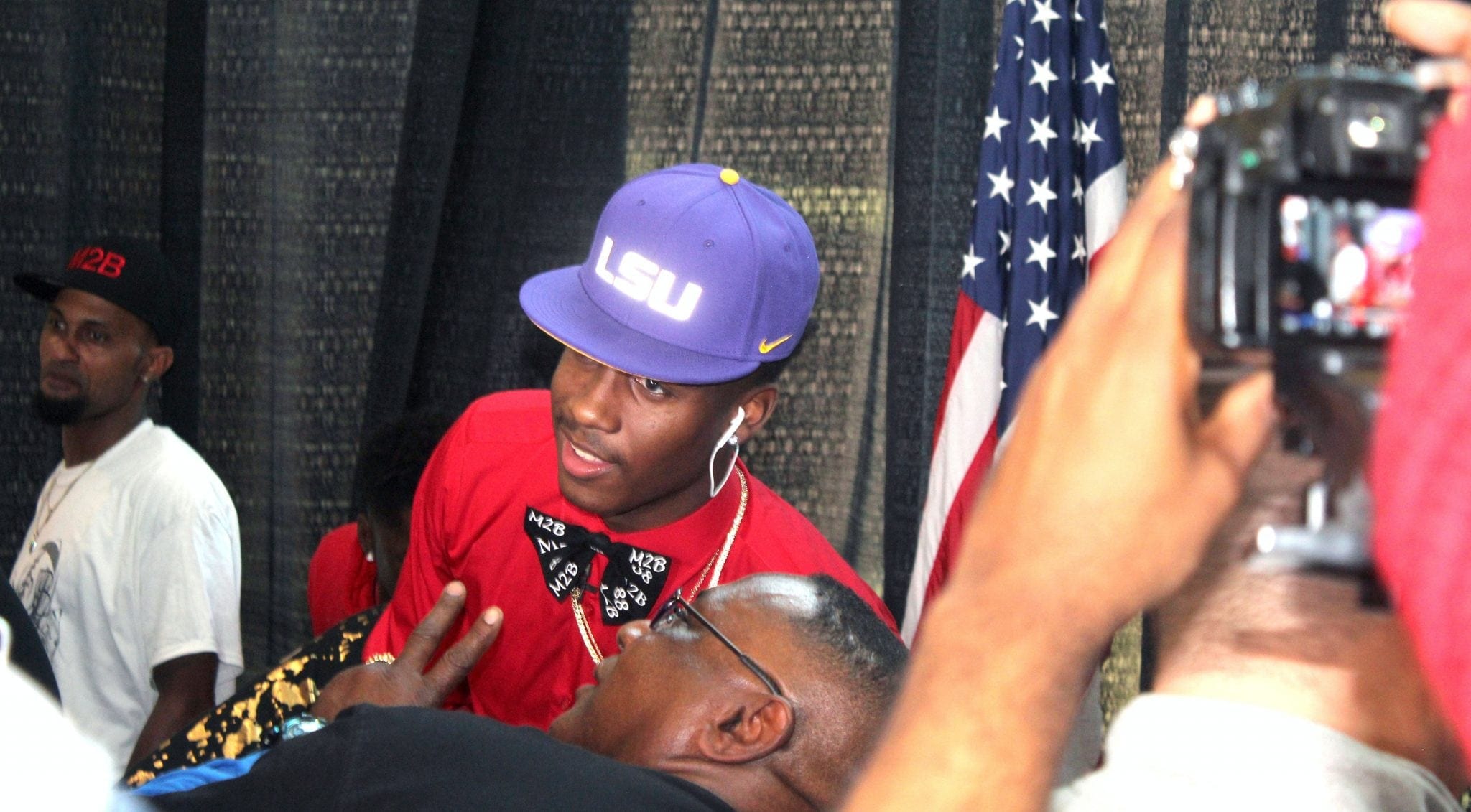 When Parkway wide receiver Terrace Marshall Jr. pulled the LSU cap out of a box that looked like it was meant for a Christmas present Friday afternoon, the large crowd in the Parkway High School foyer erupted in cheers.

Marshall’s choice was definitely a gift for LSU and head coach Ed Orgeron. Ranked as the No. 1 wide receiver prospect in the nation by 247sports.com, he signed with the Tigers after revealing his choice, which came down to LSU and Texas A&M.

He is graduating early from Parkway and enrolling at LSU in January.

Both had verbally committed to their respective schools, although Mukuamu switched to South Carolina recently after first committing to Florida State.

Marshall gave an emotional speech before revealing his choice, thanking his parents Moeshia Brazzle and Terrace Marshall Sr. for their help along the way.

He and family members sitting beside him shed some tears.

Marshall recently lost two of his grandparents. He also suffered a season-ending leg injury in the second game of the season against Lufkin, Texas.

Marshall is a two-time All-Parish and Class 5A All-State selection.

He said LSU’s proximity to home was one of the main reasons he chose the school.

“It’s Louisiana and I call it home,” Marshall told reporters after the ceremony. “I feel like I want to go down there and make my own name.”

He said he’s relieved that the recruiting process is over.

Rogers, who is also graduating early, was the Offensive MVP on the 2016 All-Parish team. He suffered a season-ending knee injury in the 2017 season opener against Booker T. Washington.

Rogers is considered one of the top quarterbacks in the nation in the Class of 2018. He and Marshall both took part in the Nike-sponsored the Opening last summer, a camp in Washington for the nation’s top prospects.

Mukuamu, who transferred to Parkway from a school in South Carolina, was a first-team All-District 1-5A selection in his only season playing for the Panthers.

This is the first year high school players were allowed to sign early, before the usual National Signing Day period in February.