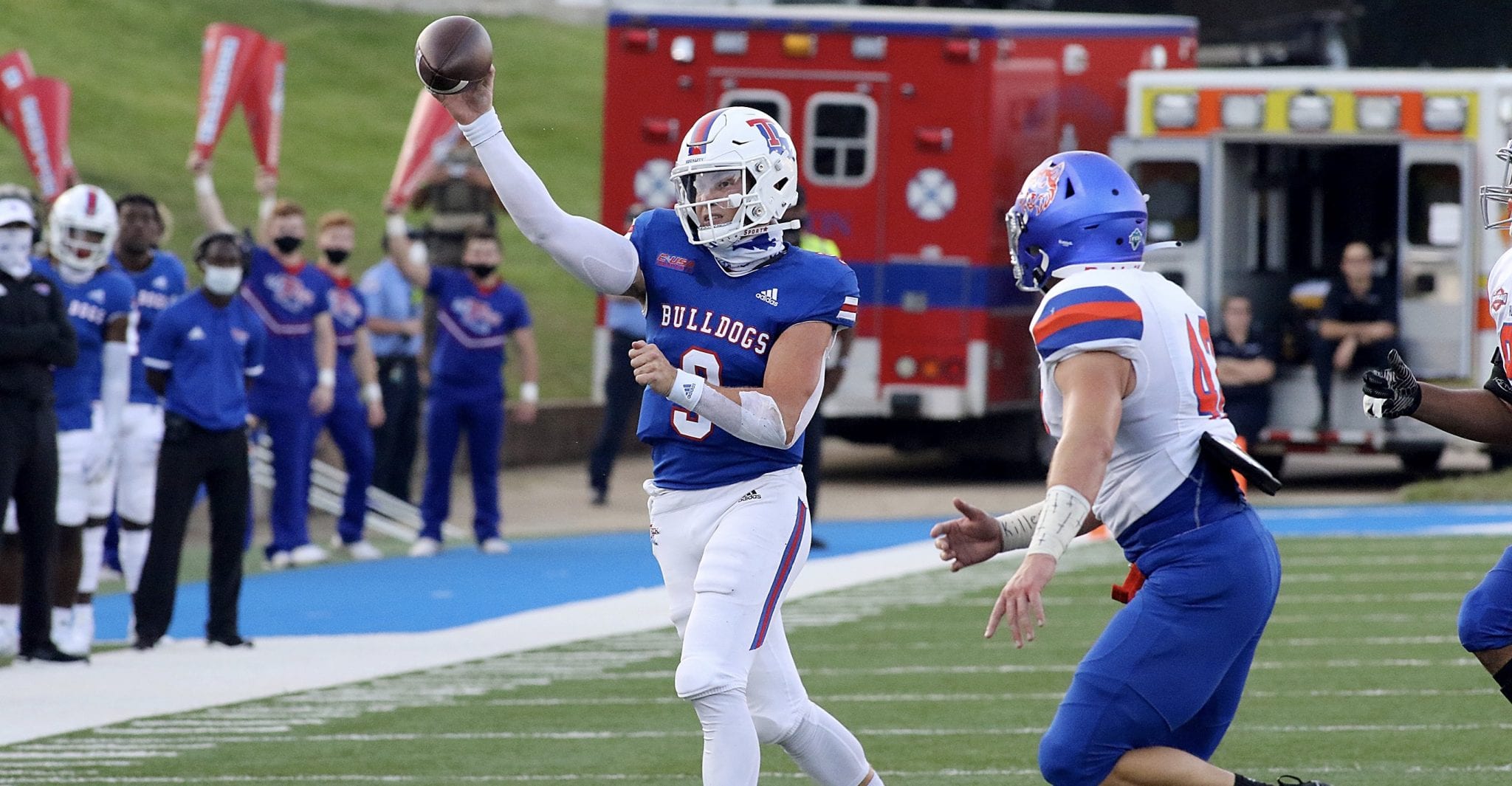 Aside from the brilliant play of transfer quarterback Luke Anthony, who threw five touchdowns and ran for another to lead Louisiana Tech to a 66-38 win over Houston Baptist Saturday night, there wasn’t much to cheer about for a majority of Northwest Louisiana football faithful.

Not only did pre-season playoff contenders and local NFL favorites New Orleans and Dallas continue to underwhelm — and underdeliver — with another loss each to start the season and close September with a pair of matching 1-2 records, but the defending NCAA national champions kicked off their 2020 campaign with a shocking loss of their own.

“I give credit to coach Leach,” said LSU head coach Ed Orgeron after the game. “He had his team ready to play. They beat us. We have no excuses. When we don’t win, I told the team, ‘put it on me.’ Gotta coach them better. 632 yards, 623 yards passing. Man to man coverage, we couldn’t stay with their guys.

With the defeat, the Tigers fell to No. 20 in the Associated Press Poll and No. 17 in the Amway Coaches Poll, while SEC West rival Mississippi State moves to No. 16 and No. 14 respectively.

As for the unranked Dawgs from Ruston, the win puts them a 2-0 overall, 1-0 in Conference USA.

“One of the things we have said is that one of the areas we have a chance to really improve as a football team, we’ve got some weapons out on the perimeter, and we have two quarterbacks who are throwing the deep ball really well,” said Tech head coach Skip Holtz, referring to Anthony (17-of-30 for 314 yards) and redshirt senior Westin Elliott.

“They’ve done it all camp. They’ve got a feel for it, and that’s something where you’ve just got to let your mind be a computer and lay it up there. They execute the deep ball really well.”