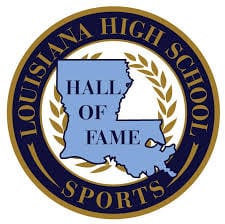 Former Airline baseball star Todd Walker is one of seven members of the 2016 induction class for the Louisiana High School Sports Hall of Fame.
Walker batted .525 with six home runs and was the Class 4A MVP in 1991. He helped Airline reach state championship games in 1989 and 1991. Walker also lettered in soccer, football and track and field. He went on to star at LSU and played 12 seasons in the Major Leagues.
Five legendary coaches who made their mark in four sports are also in the Class of 2016.
The late Don Shows and Kenny Guillot are the football coaches in the group that also includes volleyball coach Brenda LeBlanc, girls basketball coach Steve McDowell and baseball coach M.L. Woodruff.
Baseball star Todd Walker and journalist Ron Brocato round out the group that will be honored during an induction banquet set for April 12 at the Crowne Plaza.
Shows compiled a 345-78 record in 32 years as a head coach and ranks fourth on Louisiana’s all-time wins list. That total includes a 273-48 record at West Monroe, where he won eight state titles and had six runner-up finishes. Shows’ Rebels won 17 straight district titles and had four undefeated seasons. He also was Pineville and Jonesboro-Hodge.
Guillot won four Class 3A state titles at Baton Rouge’s Parkview Baptist between 2001 and 2012 and had one runner-up finish. He had a record of 175-41 and coached PBS to nine district titles. Guillot also was an assistant coach for the 1974 Tara team that won a state title and was a head coach at Woodlawn-Baton Rouge.
LeBlanc won a total of 12 state titles at two schools and compiled a record of 786-188. She won seven straight state titles in Division IV at Cade-based Episcopal School of Acadiana and added five Division I state titles during her tenure at St. Joseph’s Academy of Baton Rouge.
McDowell put together a career record of 907-173 that included a mark of 738-84 at Shreveport’s Southwood High. His SHS team won 11 state titles in Class 5A and recorded five runner-up finishes.
Woodruff, also of Parkview Baptist, finished with a career record of 603-163-2. His Eagle teams won 11 state championships in Classes 2A/3A during a span of 27 seasons.
Brocato has worked for different Louisiana publications, including newspapers in Alexandria, Lake Charles and New Orleans authored a book, “The Golden Game: When High School Football was King in New Orleans.” He won the LHSAA’s Prep Journalism award in 2006 and was the Louisiana Sports Writers Association’s Prep Writer of the Year in 1997.