Bossier City police have arrested a former Bossier City employee on criminal charges in connection with three recent incidents in which he exposed himself in public.

James Albert Lafitte, 24, of Bossier City was arrested Tuesday night on charges of indecent behavior with a juvenile and obscenity following an investigation by Bossier City patrol officers and detectives.Lafitte was arrested after police responded to two separate calls on Tuesday, one in the 6000 block of Parliament Drive and the other in the 2600 block of Bardot Lane, in which a man in a pickup truck reportedly exposed himself in public, including once while in the presence of a 12-year-old girl. 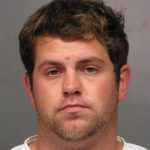 Police were able to develop Lafitte as a suspect information obtained during the investigation and contacted him later at his residence Tuesday night. Detectives arrested Lafitte and booked him into the Bossier City Jail. Lafitte was also charged in connection with a third similar incident that occurred Monday in a parking lot in the 800 block of Benton Road.

Lafitte was employed with City of Bossier City’s Public Utilities Department as a utility worker and has since been terminated from his job.