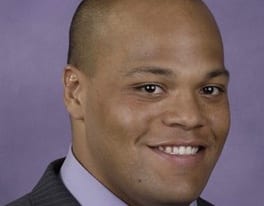 “It is with great sadness and support that we share the news of the passing of Jace Prescott today. The loss of Tad and Dak’s brother is devastating. At this incredibly difficult time, the Prescott family asks only for prayers and respect for their privacy.”

Jace earned a scholarship to Northwestern State. After redshirting in 2007, he saw action in 11 games and played 739 snaps in 2008.

After playing one game in 2009, he suffered a season-ending knee injury. The 2010 season was his final one at NSU.

The Prescott brothers lost their mother, Peggy, to colon cancer in 2013.

Dak, whose final season at Haughton was 2010, has been the Cowboys starting quarterback the last four seasons.

No official cause of death has been announced.