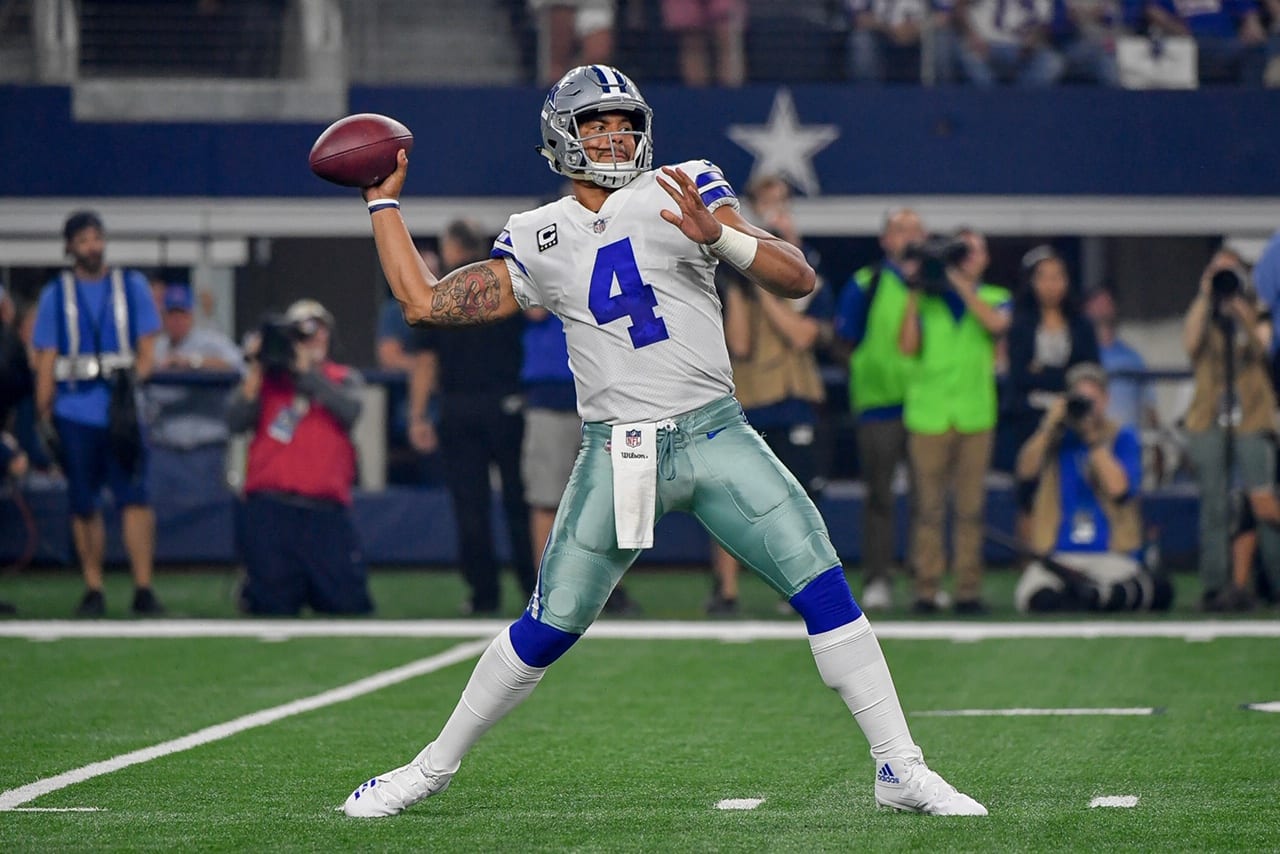 Many of the greatest athletes to hail from the Shreveport-Bossier City area have been named the Walk-On’s Independence Bowl Carl Mikovich Sportsperson of the Year, and another local great joins that list in 2019, as Dallas Cowboys quarterback and former Haughton High School star Dak Prescott has been named the 2019 Carl Mikovich Sportsperson of the Year.

“I am very grateful to be named the Walk-On’s Independence Bowl’s Carl Mikovich Sportsperson of the Year for 2019,” said Prescott. “Northwest Louisiana holds a special place in my heart, so being able to join the prestigious group of local athletes who have received this award is a tremendous honor.”

Prescott enters his fourth season in the National Football League (NFL) in 2019 after three successful seasons for the Dal- las Cowboys. The 26-year-old quarterback threw for the most yards of his career in 2018, passing for 3,885 yards and 22 touchdowns. For his efforts for America’s Team, Prescott has been named to the Pro Bowl twice and was named the AP NFL Offensive Rookie of the Year and Pepsi NFL Rookie of the Year in 2016.

“We’re thrilled to name Dak Prescott the 2019 Carl Mikovich Sportsperson of the Year,” said 2019 Independence Bowl Foun- dation Chairman Art Carmody IV. “He has risen to the occasion at each stop on his football path, showing perseverance and class throughout his career. He embodies everything that is great about the Shreveport-Bossier City community, and we are proud to present him with this award.”

A long journey to the NFL began in Haughton, Louisiana, as Prescott led the Haughton High School Buccaneers to the 2010 District 1-AAAA championship by passing for 2,860 yards and 39 touchdowns and rushing for 951 yards and 17 touch- downs.

Following his successful senior season at Haughton, the star quarterback signed to play college football in the SEC with Mississippi State. Prescott red-shirted his first season on campus, was the backup in his red-shirt freshman season, but he finally got his chance to shine in 2013. After taking over the starting job during the season, he threw for 1,940 yards and 10 touchdowns, while rushing for another 829 yards and 13 touchdowns. It was a remarkable performance for Prescott, who played much of the season as his mother, Peggy, battled colon cancer. She passed away on November 3, 2013. Later that year, Prescott was named the MVP of the 2013 Liberty Bowl – a performance that would catapult him onto the scene for the 2014 season.

In his first season as a full-time starter, Prescott led the Bulldogs to the most wins in the Dan Mullen era and one of the best seasons in Mississippi State football history. The First-Team All-SEC quarterback amassed 3,449 passing yards and 27 touch- down passes to go along with 986 rushing yards and 14 touchdowns. Prescott led the team to its first ever number one ranking in program history, a 10-3 season and an appearance in the Orange Bowl. Prescott broke 10 school records during the 2014 season, including single season passing yards (3,449), total offensive yards (4,435), passing touchdowns (27) and total touchdowns (41).

Once again as a senior, Prescott enjoyed a great season for the Bulldogs, passing for a school-record 3,793 yards and 29 touchdowns. He became just the fourth player in NCAA FBS history to pass for 60 touchdowns and rush for 40 in a career, and he finished his career third in SEC history in total yards and fourth in total touchdowns. Prescott is undoubtedly one of the greatest players in Mississippi State history, holding 38 school records.

Following his historic career at MSU, Prescott was selected in the fourth round of the 2016 NFL Draft with the 135th-overall selection by the Dallas Cowboys. After being drafted by the Cowboys, he chose #4 as his jersey number to honor his mother, who’s birthday is September 4.

Following an injury to starting quarterback Tony Romo, Prescott took over as the starting quarterback in his rookie season and burst onto the scene. He led the Cowboys to a 13-3 record and NFC East title while passing for 3,667 yards and 23 touch- downs, while only throwing four interceptions. Prescott threw for over 300 yards and three touchdowns in the Divisional Round against the Green Bay Packers. Prescott racked up the awards in his first season as a professional, as he was selected to the Pro Bowl, named the NFL Offensive Rookie of the Year and ranked 14th by his fellow NFL players on the NFL Top 100 Players of 2017.

In 2017, Prescott compiled 3,324 passing yards and 28 total touchdowns, but the Cowboys missed the playoffs. In 2018, however, Prescott led America’s Team back to the playoffs. His 3,885 passing yards and 28 total touchdowns helped bring Dallas a 10-6 record, NFC East title and four-seed in the NFC. He led his team to a victory over the Seattle Seahawks in the NFC Wild Card Round, passing for 226 yards and one touchdown. It was his first playoff victory of his NFL career. His third NFL season came to an end in the Divisional Round once again, as the Cowboys fell to the eventual NFC Champion Los Angeles Rams 30-22. Prescott was selected to his second Pro Bowl in three seasons and threw a touchdown pass. Prescott enters his fourth year in the NFL in 2019, as he looks to lead the Cowboys back to the playoffs for the third time in four years.

UP NEXT – KICKOFF K’S 5K AND HALF MARATHON