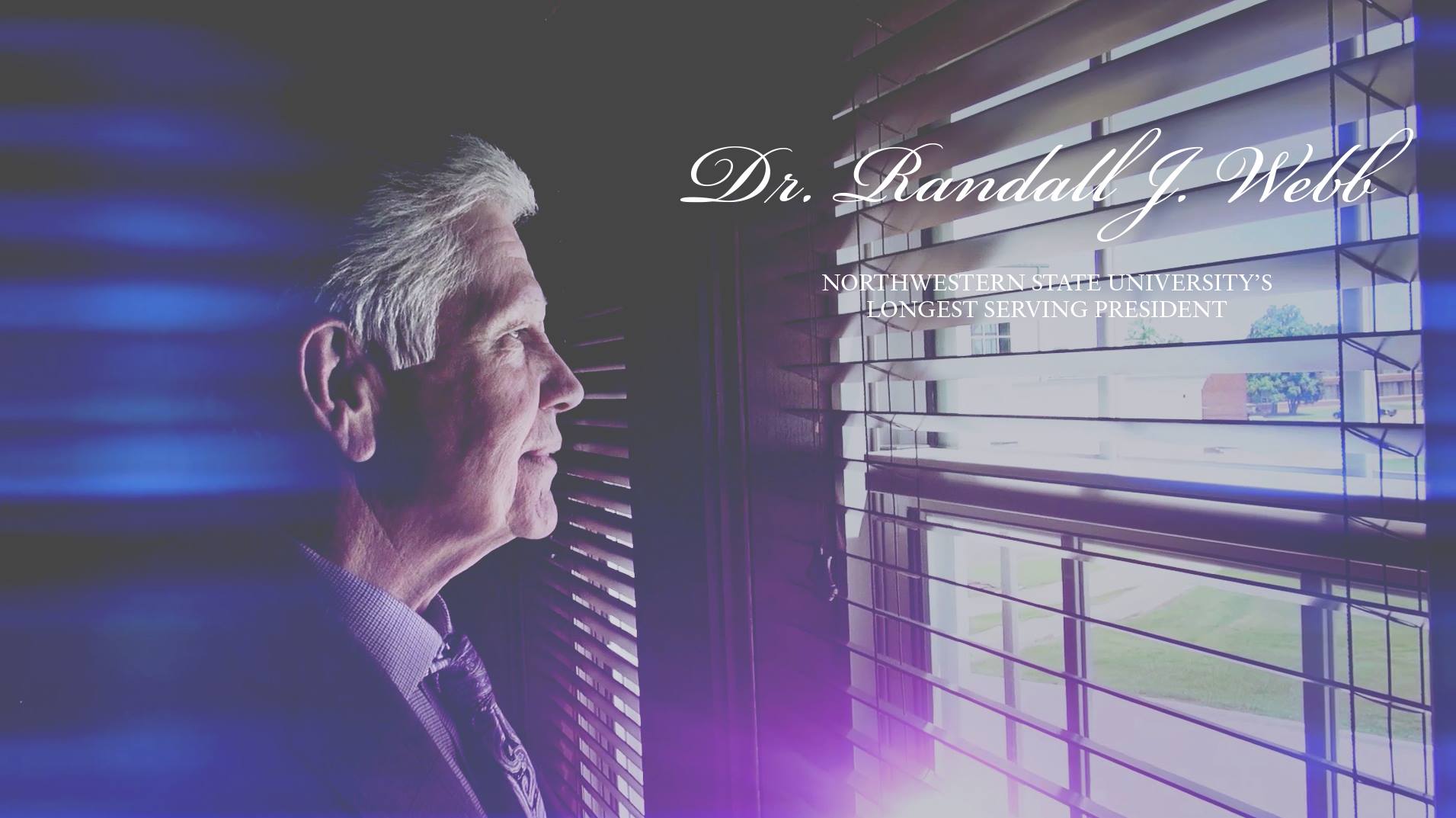 Northwestern President Dr. Jim Henderson said, “Tonia and I and the entire Northwestern family of students, faculty, staff and alumni extend to Dr. Webb’s wife Brenda, his daughters, grandchildren and other loved ones our heartfelt sympathy in this time of grief.”

He said, “We also express our deepest appreciation and gratitude for Dr. Webb’s service, leadership and meaningful and beneficial influence on the university throughout his lifetime.”

Henderson, who succeeded Webb as NSU’s president in January of 2015, said, “Dr. Webb’s legacy will be as a giant in the history of the university that he loved and as a prominent figure over two decades in state and national higher education circles.”

Calling Webb “an icon in the long history of Northwestern State University and the Natchitoches community,” Henderson noted that the University of Louisiana System honored Webb when he retired “with the prestigious designation of President Emeritus of Northwestern.”  He said NSU is considering other ways “to memorialize and perpetuate his permanent and positive impact on the university.”

Henderson said, “No president served Northwestern longer or with greater distinction than Randy Webb.  In his 18 years as head of the university, he expanded and enhanced academic and athletic programs, spearheaded the most successful fund-raising campaigns in the history of the school and was at the forefront of dramatic growth in enrollment and expansion and improvement of physical facilities.”

Jimmy Long of Natchitoches, a member of the University of Louisiana System that serves as Northwestern’s governing board, said Webb “guided Northwestern effectively and capably for nearly two decades, and his leadership enhanced and enriched the university.”

Long said Webb was “a successful president at Northwestern not just because of his experience and skills as a higher education administrator but also because of his deep love for the university and the long and close connection between NSU and so many members of the Webb family that graduated from the school through the years.”

“I have never known a person more passionate about his calling in life,” said Sen. Long. “He was devoted to his school and was Northwestern State’s most loyal supporter. The level of leadership he provided Northwestern State can never be measured.”

Gerald Long met Webb when both were undergraduates at NSU and maintained a friendship for more than 50 years.

“I never had a greater friendship. It was deep, abiding and based on personal respect,” said Sen. Long.

Enrollment reached record levels during Webb’s tenure as president and exceeded 10,500 for the first time in history in the fall of 2004.  Webb led NSU toward higher admission standards, which has resulted in students at the university having greater academic potential and aptitude. During Webb’s tenure, Northwestern State had the largest graduating classes in the university’s history.

Webb has also expanded the university’s outreach by spearheading the development at NSU of the largest electronic education network of any university in Louisiana.

Millions were obtained during Webb’s presidency for new and renovated facilities.  The new facilities include the Wellness, Recreation and Activity Center, Student Services Center and University Place I and II. Morrison Hall, the Family and Consumer Sciences Building, Williamson Hall, Russell Hall and Caspari Hall were completely renovated and restored.

Webb was a member of the faculty of Longwood College in Farmville, Virginia, from 1966 until 1974.  He served as Director of Higher Education and Teacher Certification in the Louisiana Department of Education from 1974 through 1976.  He moved to Southeastern Louisiana University in 1976 and in 13 years there held positions as director of institutional research, EEO officer, registrar and member of the mathematics faculty.

He became Dean of Instruction and Graduate Studies and professor of mathematics at Northwestern in 1989.  In that position, he was responsible for campus-wide policy development, planning, advancement and review of both graduate and undergraduate programs.  Among his other duties were chairing the steering committee for NSU’s Self Study for the Southern Association of Colleges and Schools.