He didn’t get the win, but former Parkway star pitcher Seth Lugo was impressive in his first start for the New York Mets Friday night.

Lugo allowed seven hits and three earned runs in 6 2/3 innings against the San Francisco Giants at AT&T Park in San Francisco. The Giants scored two runs in the seventh and five in the eighth en route to the 8-1 victory. 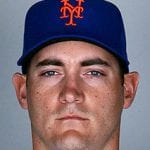 Lugo was filling in for injured Steven Matz, according to a story by Justin Wise of MLB.com. Mets manager Terry Collins called Lugo’s performance “tremendous,” according to Wise’s story.

Lugo had made nine relief appearances for the Mets and had an ERA of 2.65 entering the game. Friday’s start was the first time he pitched more than three innings in a Major League game.

Lugo threw only 69 pitches. “I didn’t want to walk anybody, I just wanted to fill up the strike zone as much as I could,” he told reporters, “I was pleased with that.”