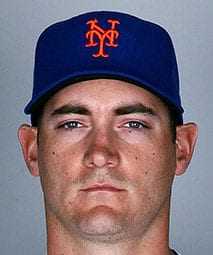 The Marlins’ runs came on a two-run homer in the first inning. Lugo (2-2) shut them down after that, allowing just two hits and a walk while striking out four.

“It helps having a little bit of pressure,” Lugo told reporters after the game. “I’ve always found it hard to pitch with a 15-run lead. It’s a little easier when there’s something on the line.”

Lugo picked up his first win on Aug. 25 against the St. Louis Cardinals at Busch Stadium in St. Louis. He allowed two hits, walked three and struck out five before leaving the game after five innings with a right calf cramp. The Mets led 7-0 when Lugo left and went on to win 10-6.