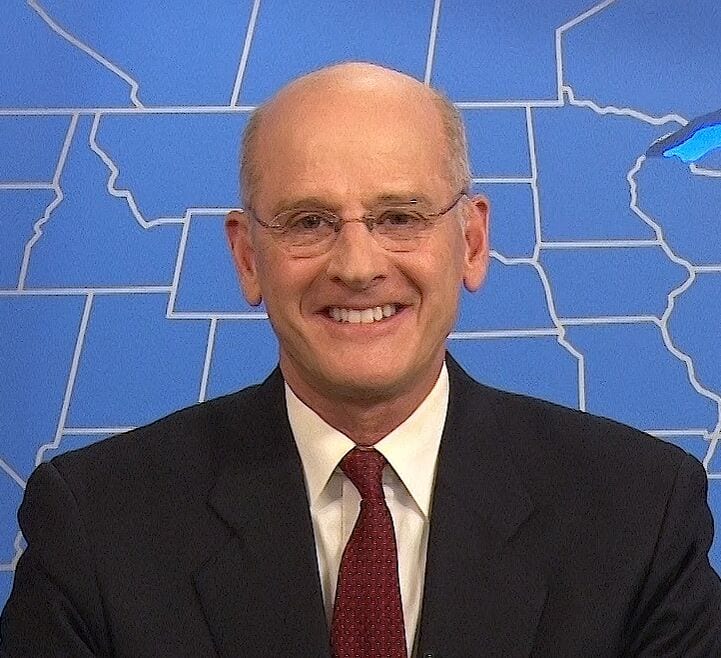 Jamie Vollmer, author of “Schools Cannot Do It Alone,” and creator of the video series “The Great Conversation,” spoke about the challenges facing our children in schools and how to increase community support on Monday, Jan. 7 at the CenturyLink Center in Bossier City.

Once a harsh critic, Vollmer is now recognized across North America as a friend of public education. Over the last 20-plus years, he has worked with hundreds of school districts, chambers of commerce, education associations, and foundations to increase student success.

Vollmer’s message at Monday morning’s presentation in front of civic and elected leaders, business owners, school faculty and the community was simple: The big solution is a big conversation.

“First, we have a systems problem, not a people problem. We must change the system to get the graduates we need,” said Vollmer. “Second, we cannot touch the system without touching the culture of the surrounding town. Everything that goes on inside a school is tied to local attitudes, values, traditions, and beliefs.”

The focal point of his message was the vital importance of engaging the community. His four prerequisites for change detailed what schools can do to make things right in their communities.

“Without the community’s understanding, trust, permission and support, schools will fail,” he said.

Vollmer said trust for schools, teachers, and administrators have decreased. He explained that the community needs a breakdown of what trust looks like.

“As understanding grows, so does trust,” he said.

To give the community permission to think outside of the box, the public must be encouraged to do things differently.

“You can’t expect them to come to you. You have to go to them,” said Vollmer. “Trust must be on the community’s turf, on their terms, on their time.”

Vollmer ended with “5 S’s” — Stop badmouthing each other in public; Shift your attention from negative to positive; Share your successes with the community; Sustain the effort; and Start now.

Drawing on his work in hundreds of districts, Vollmer offers teachers, administrators, and board members, a program to secure the understanding, trust, permission, and support they need to change the system and increase student success.

Vollmer holds a Juris Doctor from The Catholic University in Washington, DC. He received his B.A. in political science from Penn State. Also, Vollmer is the recipient of the Learning and Liberty award, presented by the National School Public Relations Association in recognition of his “outstanding efforts to strengthen school/community partnerships.”

He entered the education arena after careers in manufacturing and law. He worked in the Washington D.C. law firm of United States Congressman William Cramer until 1985, when he left to join the management team of the Great Midwestern Ice Cream Company in Fairfield, Iowa.