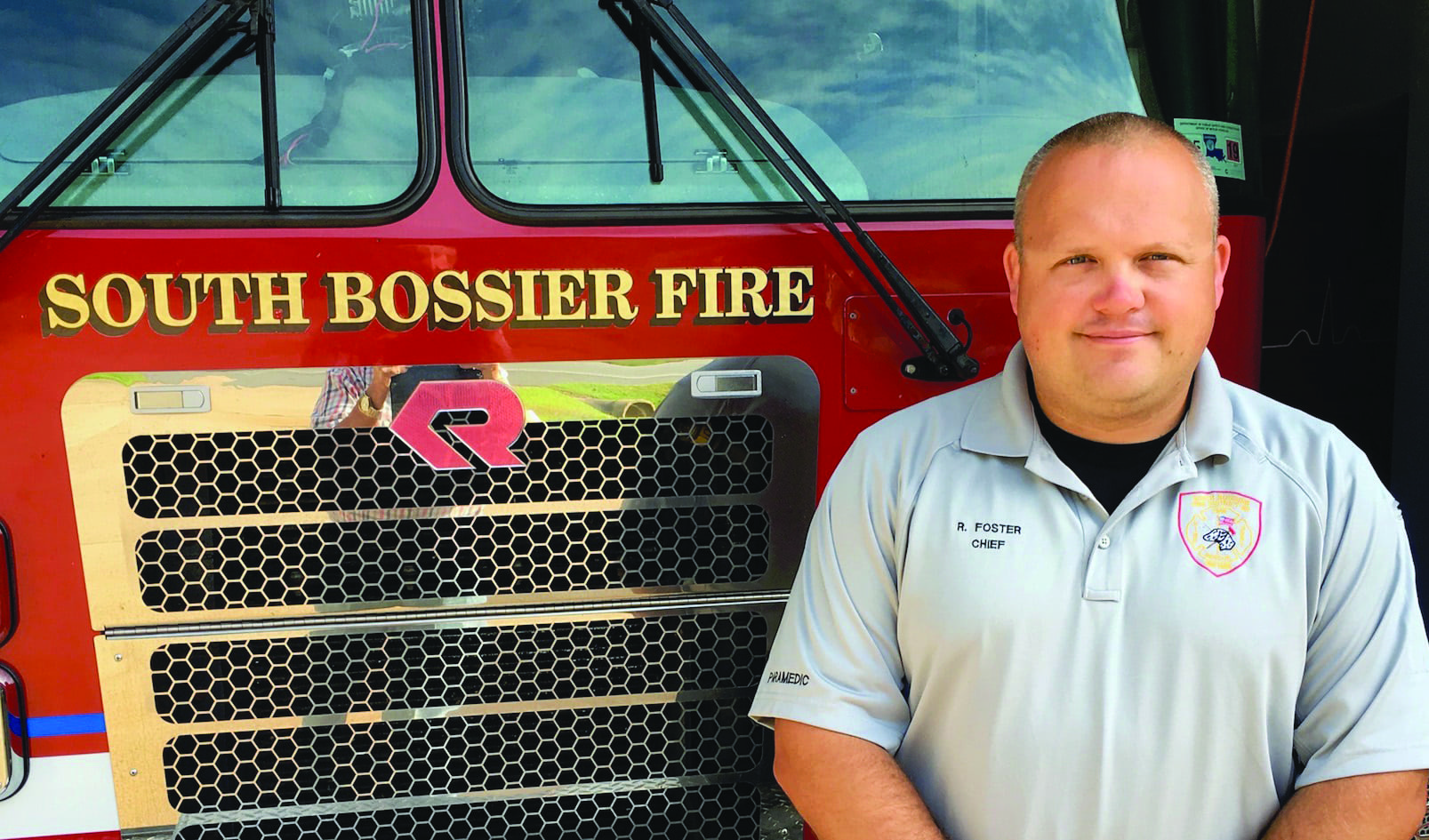 Ryan Foster was a 17-year-old junior at Parkway High School in 2002 when he was bitten by the firefighter bug and that bite led him to rural fire district 2 in south Bossier Parish where he signed on as a volunteer.

Today, 16 years later, Foster is leading the department where he began his career. Members of the fire district’s board of directors voted in July to promote Foster to chief, replacing Kenny Tyson, who retired.

Now that he wears the chief’s hat, Foster has found one of the biggest differences in his new job is on the administrative side.

“That’s the biggest change I face. Right now, I’m working on our budget and that’s a new experience for me,” Foster said. “But I don’t mind because it brings me closer to the things that make the department work so efficiently.”

Foster has taken over a department with three satellite stations plus the central station on La. Hwy. 527 and 14 full-time firefighters. District 2 also lists about 25 volunteers. The district covers 168 square miles and serves roughly 6,700 residents.

“It’s a district that’s pretty spread out,” he said. “When you think of the term rural fire department, we’re exactly that. We serve a mostly rural area until you get around Sligo Rd. where there are some subdivisions.”

In addition to providing fire protection, District 2 firefighters are members of the Swift Water Rescue Team and PSD divers are members of the force. Four water rescue boats are part of the equipment and have been used on the Red River and Lake Bistineau. Crews from District 2 have also dispatched to other areas in the state to assist in flood rescue.

Foster said a health and wellness program is provided and memberships to a health facility have been provided.

“We ask our people to spend a certain amount of time working out to improve themselves and to help them prevent illness,” he said. “A lot of our people spend more than the mandatory time at the workout center.”

Community outreach is an important part of the District 2 programs and Foster said he’s looking for ways to expand his department’s reach.

“Once a month we set up at a church or business and offer free blood pressure checks,” he said. “We also have an information table set up and we use that as a recruiting tool.”

Reaching out to the community includes talks on fire prevention to groups and free smoke detectors for residents. Thanks to a grant program, District 2 personnel will provide and install up to two detectors when requested.

Foster said many of the district’s calls for assistance are EMS related, and several of the firefighters have completed their paramedic training. In the past, those wanting the training had to pay for the instruction from their own pocket. This year, that changed.

“For the first time in our department’s history, we are able to sponsor EMS training. We currently have two in paramedic class and that’s something we are especially proud to be able to do,” Foster said.

“We conduct training as much as we can because we want to be ready for any situation our people face,” he added. “We’re here to protect the residents of this district and that’s our primary purpose.”