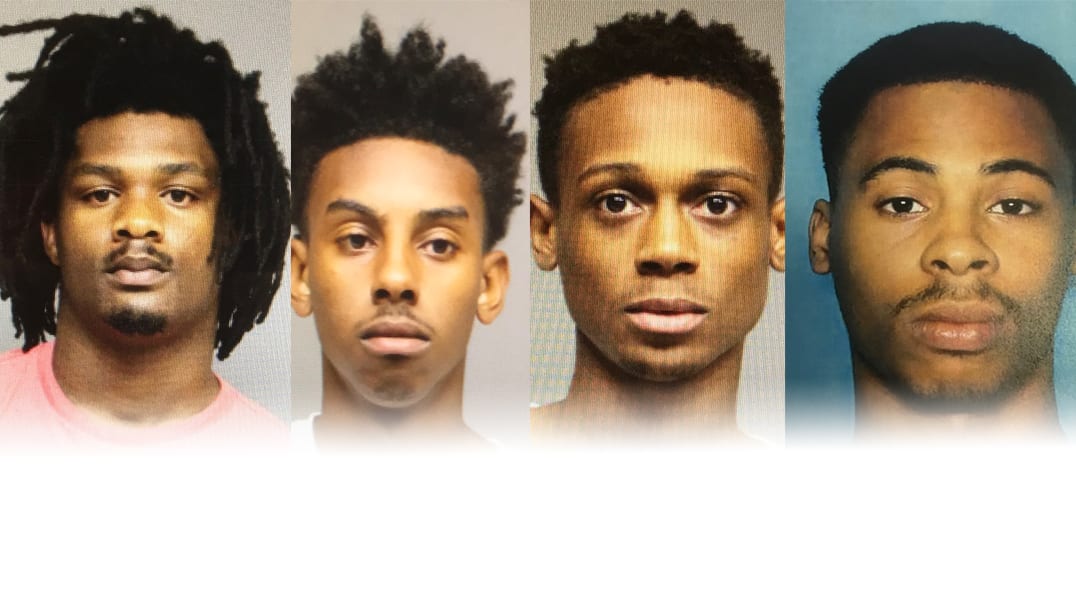 Bossier City Police have arrested four suspects and are seeking a fifth in connection with the homicide that occurred last month at a residence in the 1100 of Peach Street.

All five suspects are charged for the May 25, 2017 shooting death of 63-year old Salvador Aguirre during a home invasion at his Peach Street residence. Another man inside the residence at the time was also shot in the arm while a third was beaten.

Detectives worked these past two weeks running down a number of leads over the course of their investigation which eventually linked the five suspects to the crime.

The four suspects in custody were arrested over the past two days with the help of the United States Marshal’s Violent Offender Task Force. Mitchell, Jackson, and Winn were booked into the Bossier City Jail and subsequently transferred to the Bossier Parish Maximum Security Facility while the 14-year old was booked into the Ware Juvenile Detention Center in Coushatta.

Anyone with information regarding Brooks’ whereabouts is asked to contact Bossier Crime Stoppers at 318-424-4100. Or they can submit a tip through the www.p3tips.com website or the P3tips mobile app. All tips submitted to Bossier Crimes Stoppers by phone or electronically are secure and anonymous. Persons who provide information that leads to an arrest are eligible for a cash reward.