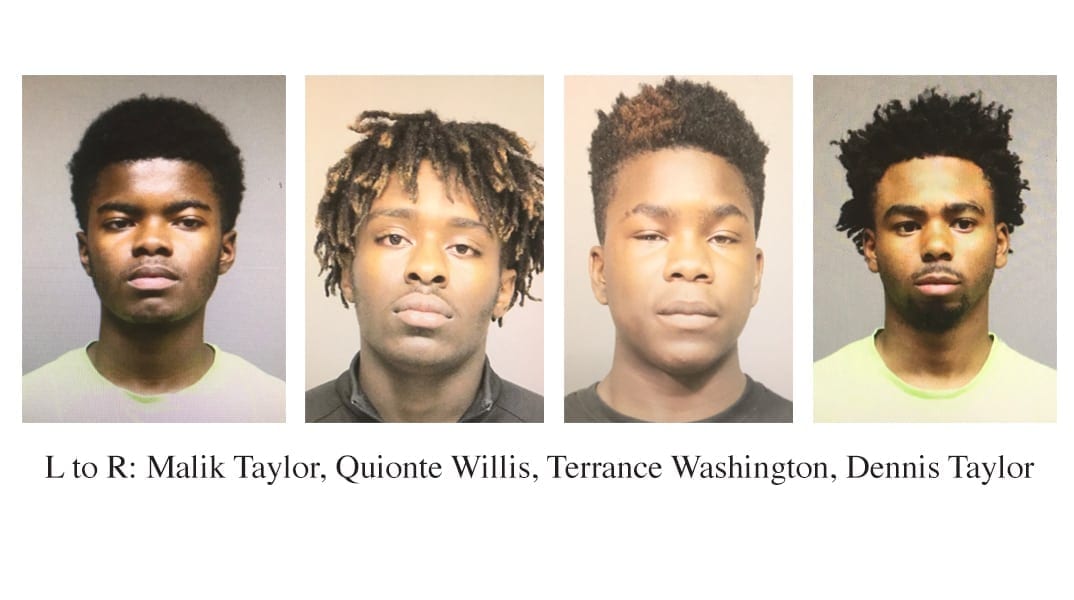 An investigation by the Bossier City Police Department’s Property Crimes Unit into several recent vehicle burglaries and a related auto theft has resulted in the arrests of four suspects on criminal charges.

The crimes occurred over the past few weeks in south Bossier City including the Golden Meadows and Savannah Place neighborhoods.

The suspects targeted vehicles that were left unlocked and took several firearms along with money. The vehicle that was stolen was also unlocked with the keys left inside.

The four suspects arrested are:

Detectives say their investigation into the burglaries remains ongoing and additional arrests are possible. Detectives also reminder residents that while there’s no fool-proof way to prevent all vehicle burglaries, you can make yourself less likely to become a victim by following these tips: